France says military intervention in Haiti 'not on agenda' 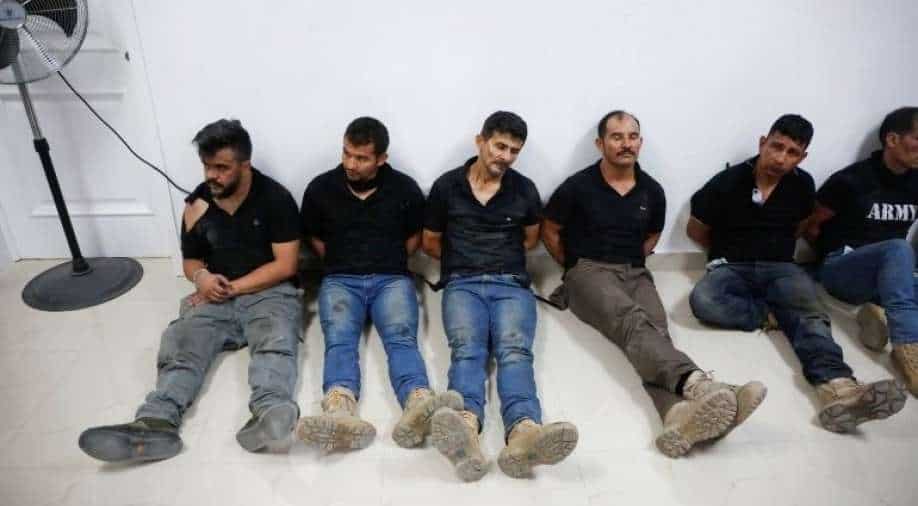 Suspects in the assassination of President Jovenel Moise, who was shot dead early Wednesday at his home, are shown to the media, in Port-au-Prince, Haiti July 8, 2021. (File Photo) Photograph:( Reuters )

Le Drian said Paris would supply police if necessary, but that the United Nations must oversee the situation

Military intervention in Haiti "is not on the agenda", France's foreign minister has said, following a Haitian request for international help with security.

The July 7 assassination of President Jovenel Moise, which came during a period of heightened gang violence and political instability, has plunged the nation into confusion.

Le Drian suggested France would be prepared to supply police if needed but said: "this must be done under the authority of the United Nations".

A dispatch of police officers "should be seen as part of a strengthening in the United Nations presence, which is currently insufficient, to be able to ensure the electoral process", he said outside a UN meeting on Libya and the protection of humanitarian workers.

Paris and Washington intervened militarily in Haiti in 2004 during the downfall of ex-leader Jean-Bertrand Aristide.

A UN peacekeeping mission followed between 2004 and 2007, comprising around 9,000 soldiers.

In October 2017 a police mission, the United Nations Mission for Justice Support in Haiti, took over and lasted until October 2019.

Any fresh UN operation would have to be authorized by the UN Security Council, according to several diplomats.

On Thursday US President Joe Biden said sending American troops to Haiti was "not on the agenda".