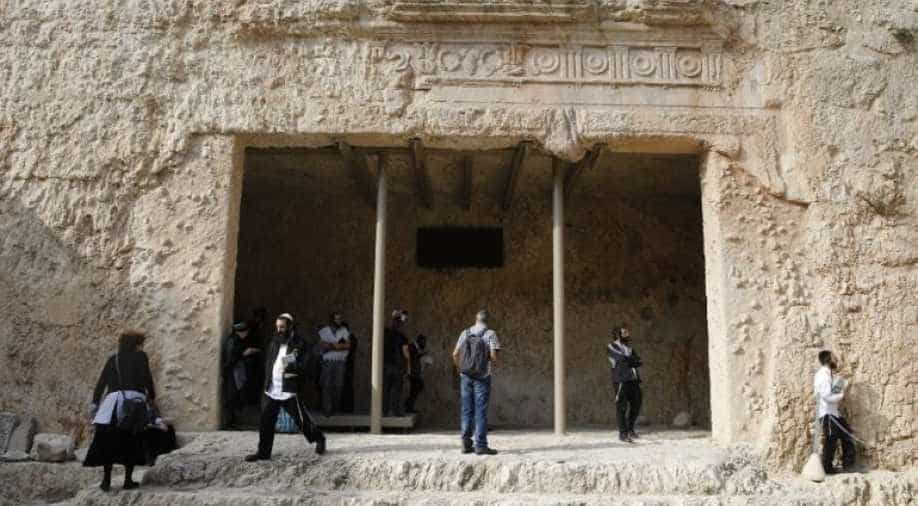 Tombs of the Kings in Jerusalem. Photograph:( AFP )

The site known as the Tomb of the Kings in Israeli-annexed east Jerusalem can now be visited during set hours twice per week.

An ancient tomb in Jerusalem prized for its archaeological and religious importance was reopened for visits Thursday by France, which owns it after a dispute over access scuttled an earlier attempt.

The site known as the Tomb of the Kings in Israeli-annexed east Jerusalem can now be visited during set hours twice per week, but visitors must pre-register online and pay a $3, 2.50 euros, the French consulate said.

Around 30 people, the most allowed at one time due to the sensitivity of the site, visited when the gates opened on Thursday morning, mainly ultra-Orthodox Jews who wanted to pray inside.

Around a dozen other ultra-Orthodox danced and prayed outside the gates while they waited for their turn to visit the 2,000-year-old tomb as police kept a close eye.

"This is a special event," said Yehuda Twerski, a 20-year-old ultra-Orthodox Jew from New York studying religion in Jerusalem.

"We're going in there to pray. Perhaps with proper negotiations maybe it will be open more often to the public."

Ultra-Orthodox Jews describe the tomb as a holy burial site of ancient ancestors.

France had attempted to open the site to visitors in June after having kept it closed since 2010, initially due to renovations but later because attempts to contest its ownership complicated its reopening.

It however immediately re-closed the site after a group of more than a dozen ultra-Orthodox tried to enter and pray despite not having signed up as requested, shoving toward the gate.

The site is a remarkable example of a Roman-era tomb, considered among the largest in the region.

Its unique status, Jewish veneration of the burial site and its location in the disputed east of the city added to complications in reopening it.

Archaeological sites in east Jerusalem are often freighted with religious significance and questions linked to the Israeli-Palestinian conflict.

There had been a challenge at Israel's rabbinical court, which rules on matters related to Jewish law and holy sites, over access to the tomb and France's ownership.

Before reopening the site, France sought guarantees from Israel it would not face legal challenges as well as commitments on how visits would be managed.

Visitors are not allowed to descend into the tomb itself and can only visit the exterior, which includes ritual baths and an ancient frieze above its entry.