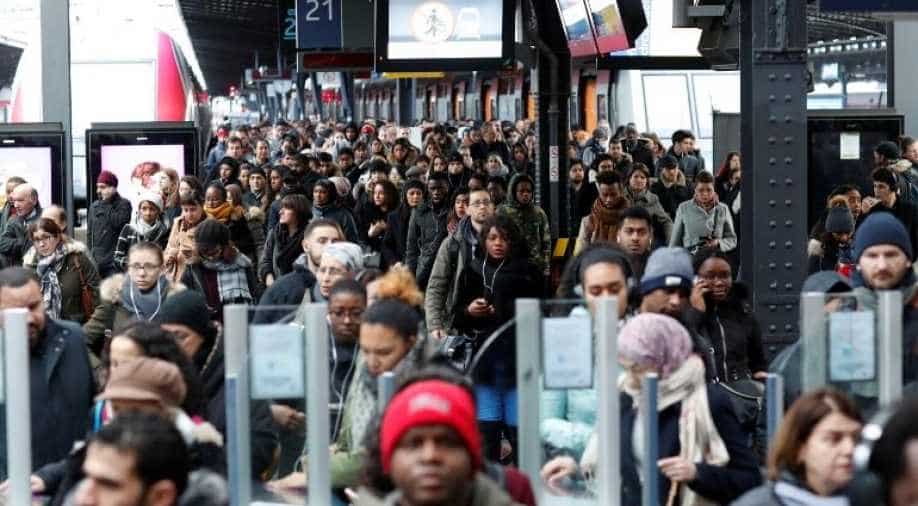 Commuters walk on a platform at Gare de l'Est train station during a strike Photograph:( Reuters )

Protests continue to soar in France as demonstrators today got into a scuffle with the police. The events unfolded at the Gare de Lyon station in Paris.

People have been protesting against the plans by French President Emmanuel Macron to change the country's pension system.

According to a French TV station ''BFM'', the riot police got into an altercation with around 30 protesters at one of the busiest stations in Paris.

Protesters ticked off flares and fireworks, which releases smoke that heaved the whole station.

Due to the ongoing protests, many stations in Paris have been affected. These include Gare du Nord, which takes care of the Eurostar services to London and Brussels, as well as the Gare de l'Est.

"I understand (the strike) but I am not OK with it as I think all French people are being held hostage and it is difficult for us to understand what the goal is," a commuter told Reuters at the Gare de L'Est station.

France has witnessed two weeks of nationwide industrial action against Macron's pension reform. If the reform is set into motion,  special pensions for many public sector staff would be scrapped. This would effectively make people work until 64 to draw a full pension.

French PM Emmanuel Macron recently announced that he would forego a presidential pension payout after stepping down.

France's oil sector workers are also expected to vote in favour of shutting down oil refineries as part of the protest.