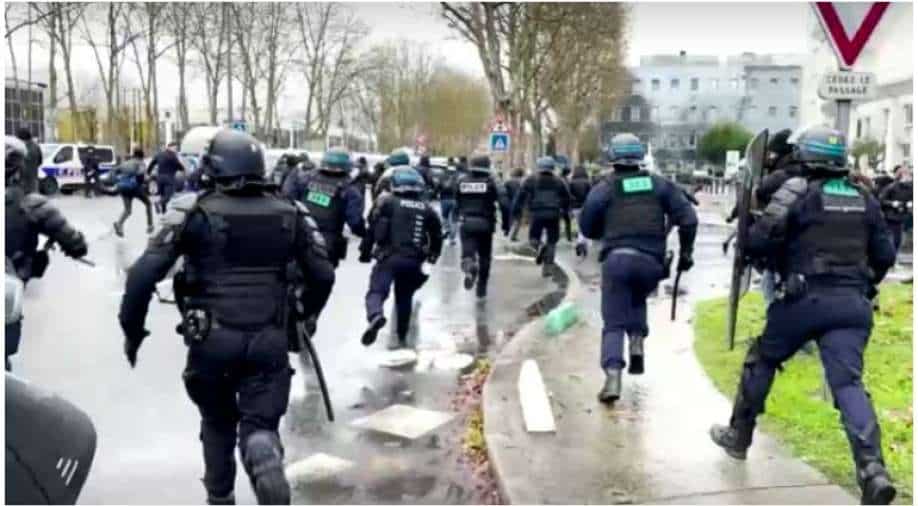 It was Eric Zemmour, the far right leader's first rally as an official candidate for presidential elections in 2022

Dozens of protesters gathered near the venue of France's far-right presidential candidate Eric Zemmour's rally on December 5. The leader's rally took place in Villepinte, near Paris. Police made arrests as protests were undeclared. The demonstrations took place near Villepinte Expo Hall.

It was Zemmour's first rally as an official candidate for presidential elections in 2022.

The rally was initially planned to take place at a venue in Paris, but was moved to Villepinte amid calls for protests, including by the anti-fascist Antifa group, at the original venue.

Zemmour, who was a prominent French far-right commentator, announced his candidacy on Tuesday (November 30) via a video played out live on Youtube and called on voters to take the country back "from minorities that oppress the majority."

A former journalist who has been convicted for inciting racial hatred, he becomes the top contender to challenge Marine Le Pen, leader of the more established far-right National Rally, for a place in a second round against President Emmanuel Macron.

His candidacy turns the election into a test of the endurance and limits of Europe's far right, which surged across the continent in the last decade but shows signs of reaching a ceiling as it pushes against boundaries of acceptable speech.

Zemmour, 63, is a hardline critic of Islam and immigration and has drawn support both from Le Pen's voter base and from the mainstream conservative right but has also alienated some voters that Le Pen had long sought to reassure.