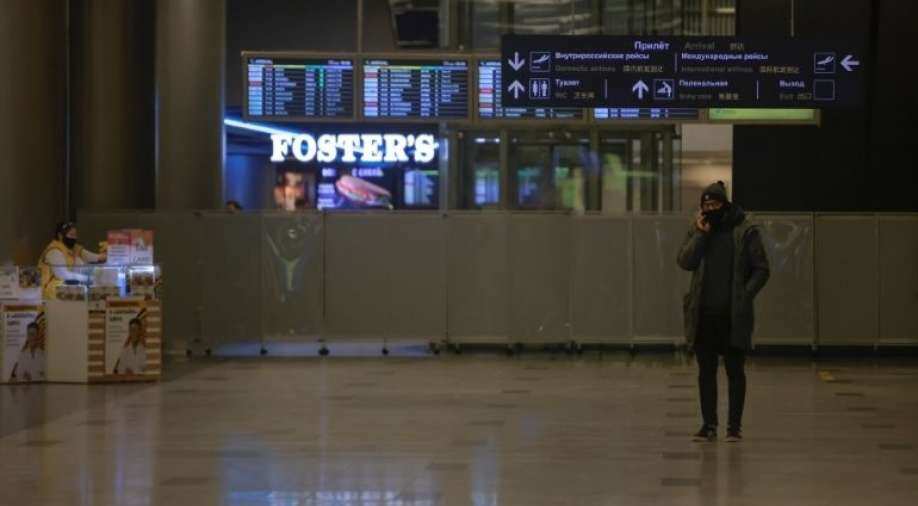 FILE PHOTO: A man speaks on the phone near barriers placed in a terminal at Vnukovo International Airport in Moscow, Russia Photograph:(Reuters)
Follow Us

Following EU foreign policy chief Josep Borrell statement that the bloc was monitoring whether Russia was systematically refusing to let European airlines land if they avoided Belarus. The Kremlin on Friday said that Russia was working to resolve what it called technical issues thrown up by a decision by some European airlines to skirt Belarusian airspace when flying to and from Russia.

The European Union has urged its airlines to avoid Belarus and has moved to close its own airspace to Belarusian carriers amid outrage over Sunday's interception of a Ryanair RYA.I jet en route to Lithuania from Greece, and the arrest of a dissident journalist on board.

Josep Borrell had while speaking to journalists, said "We don't know if it is case by case, specific cases, or is a general norm from the Russian authorities in order to make the European planes overfly Belarus,".

Russia on Thursday withheld clearance for an Austrian Airlines Vienna-Moscow flight plan avoiding Belarus - a day after failing to approve a revised Air France Paris-Moscow route. Both flights were cancelled.

It did allow an Austrian Airlines Vienna-Moscow flight to bypass Belarusian airspace on Friday however, the TASS news agency cited the company as saying, and allowed in other foreign carriers on Thursday.

Kremlin spokesman Dmitry Peskov said the problems were purely technical in nature and that the issue should not become an irritant in EU-Russia ties.

Russia's federal aviation agency Rosaviatsiya has told airlines that changes to routes from Europe to Russia due to the political row over Belarus may result in longer clearance times due to more such requests.