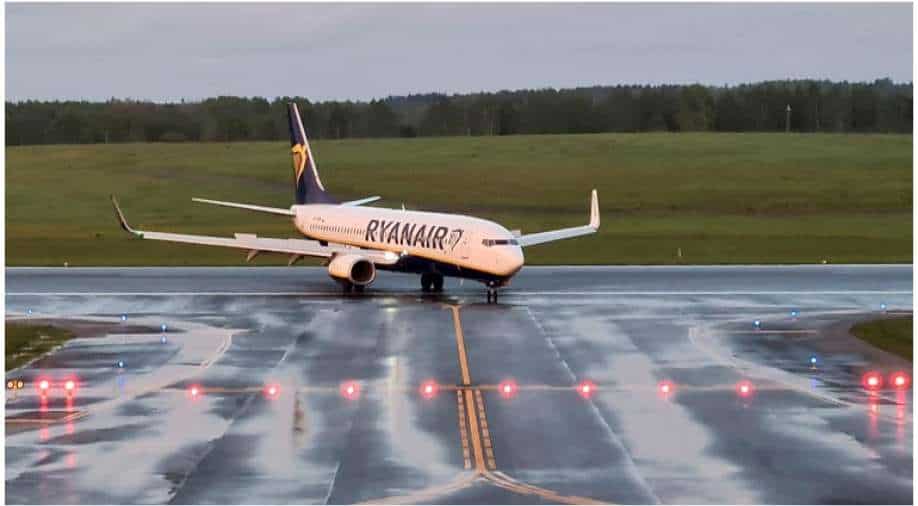 The incident sparked international outrage and calls for sanctions against Belarus

The United States (US) and allies on Thursday called on International Civil Aviation Organization (ICAO) to probe Belarus plane incident in which a Rayanair plane was forced to land, reported Reuters quoting a source. Belarus denies any coercion.

The 36-nation governing council of ICAO met in order to examine demands for a probe. Poland, Ireland, Britain, Germany and Canada also backed the call for a probe.

On Sunday, Belarus sent fighter jet to force Athens-Vilnius (Lithuania) passenger plane to land in Belarus. A dissident onboard the plane was then detained.

The incident sparked international outrage and calls for sanctions against Belarus. Minsk accused the West of using the episode to wage "hybrid war."

Belarus told the meeting that the airliner had not been forced down.

The plane was ordered to land minutes before it was due to leave Belarusian airspace.

Lithuania asked why passengers on board the plane had not been evacuated after landing, which is the normal practice for bomb scares, said the source.

The ICAO meeting was due to end at 1 pm ET (1700 GMT) but might not have an agreed statement ready until Friday, spokesman Anthony Philbin said by email. The council has limited powers of investigation.

As BBC prepares to cut around 400 jobs at World Service, it faces accusations of endangering Vietnamese staff