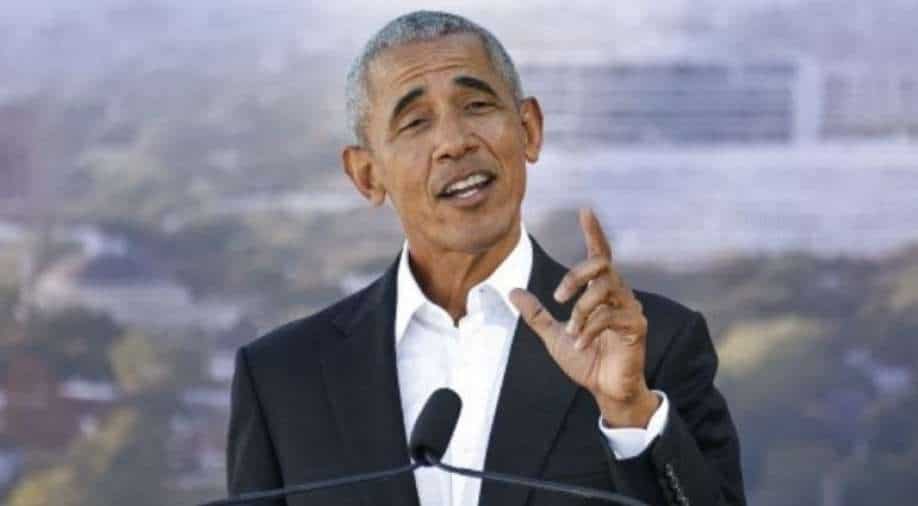 Obama's speech will put the threat of climate change into a broader context, said Obama spokeswoman Hannah Hankins in a statement

While former US President Barack Obama will hold a roundtable and meetings with key leaders at the COP26 summit, the It Takes Roots (ITR) delegation will be highlighting the 'Monster of Militarism' and the contradictions of his legacy of militarism.

This includes greater military expansion into the Pacific, the expansion of drone warfare and the use of military interventions on water protectors fighting against the Dakota Action Pipeline. The ITR represents over 60 frontline communities leaders and organisers.

It believes that if one is addressing climate change, then they require to end the military-industrial complex.

One of the speakers at the protests will be Alejandra M. Lyons of the SouthWest Organising Project (SWOP). "I am attending COP26 to represent New Mexico and to tell our world leaders that we are not a sacrifice zone. Our land and water must be protected as well as the rights of future Nuevo Mexican generations.

"We need to hold the US military accountable in this climate conversation no matter how much power they hold in our state," Lyons said.

Obama's speech will put the threat of climate change into a broader context, said Obama spokeswoman Hannah Hankins in a statement.

She further added that Obama will be speaking on important progress made since the Paris agreement took effect. Also, he will be highlighting the leadership of young people around the globe. With this, the former President will call for more bold action going forward by the governments, the private sector, philanthropy, and civil society.

The Scottish city hosted the COP26 climate summit a few days ago. Though pledges were made by global leaders to reduce carbon emissions, experts say that much more was needed to have been done.