For the first time since start of pandemic, China records more than 1,000 daily cases 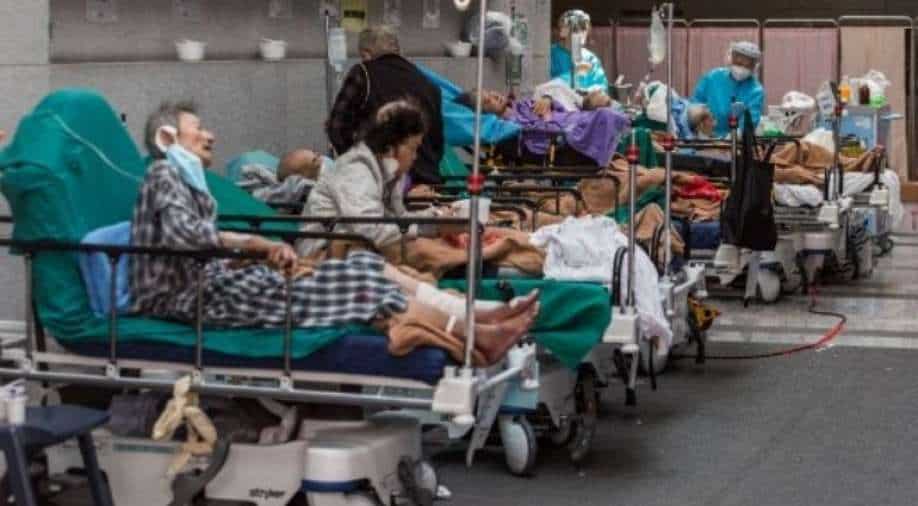 As of March 10, in mainland China, there were 112,940 confirmed cases, including those who had arrived from abroad as well as those from within the country

For the first time in two years, China's daily COVID-19 cases are over 1,000 as the highly contagious Omicron variant has triggered outbreaks on a scale only seen during the Wuhan outbreak.

The asymptomatic infections caused by the Omicron variant have driven Beijing's daily count to an all-time high since it contained the first national outbreak in early 2020.

As of March 10, in mainland China, there were 112,940 confirmed cases, including those who had arrived from abroad as well as those from within the country.

In contrast to many other outbreaks outside mainland China, the size of this one is much smaller, but the increased number of cases could add pressure to China's "dynamic-clearance" goal of more quickly ending each transmission.

Chinese health authorities reported that 703 cases of asymptomatic domestic transmission were detected on Thursday, up from 435 on Wednesday.

In less than one week, the caseload increased from about 300 to more than 1,000. Moreover, the National Health Commission reported a total of 397 local symptomatic cases on March 10.

Over 300 infections were reported by Qingdao, more than any other city among the dozens that reported locally transmitted cases on Thursday.

In the last few days, no new deaths were recorded, leaving the death toll at 4,636.

In the face of a dire situation, Shanghai has reacted quickly, carrying out timely quarantine and medical treatment in addition to tracing the source of the virus.

Transport authorities in Shanghai are asking residents to wear masks and have their temperatures taken while riding public transportation. Public transportation such as subways and buses are required to have good ventilation, while taxis are asked to avoid driving in mid- or high-risk areas.