For Democrats, US House win moves Pelosi to center stage 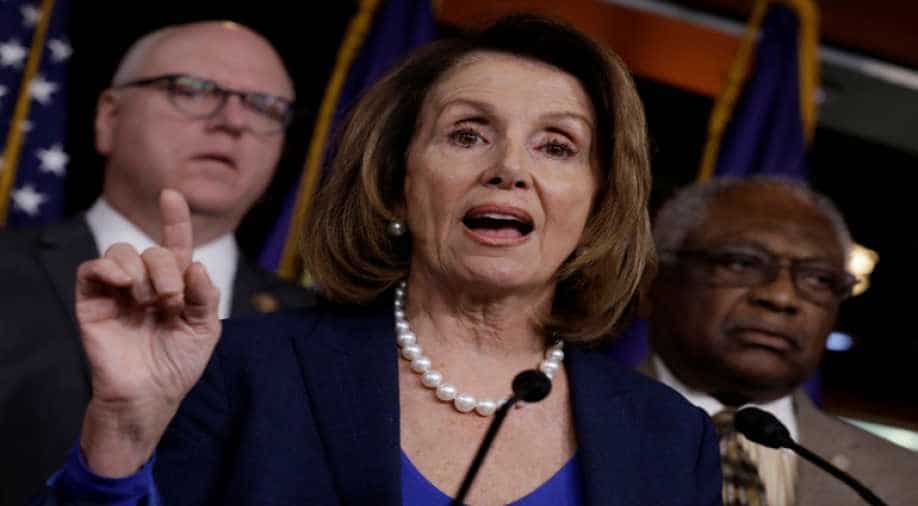 Now that the Democrats have won control of the US House of Representatives, they need to choose a leader and that means solving one of their toughest puzzles: Nancy Pelosi.

A contest among the Democrats for the House's top job of speaker will play out over the next 10 weeks or so, with the formidable 78-year-old San Francisco liberal at the center.

Pelosi has been clear that she wants to be speaker of the House again. She made history from 2007 to 2011 as the first woman speaker, a powerful position second in the line of emergency presidential succession after the vice president.

During the congressional campaigns that just ended, dozens of Democratic House candidates called for new leadership, registering indirect dissatisfaction with Pelosi, who has become a punching bag for Republicans. But not all the Democrats urging new leadership won election to the House.

With some races still undecided, Democrats were headed for a gain of more than 30 seats, beyond the 23 they needed to claim their first majority in the 435-member House in eight years. Their first order of business as the House majority will be to decide whether to put the speaker's gavel back in Pelosi's hands, or not.

"Leader Pelosi is very confident about her support in the caucus and among our members-elect," said Drew Hammill, a spokesman for Pelosi.

Currently minority leader, Pelosi is expected to discuss her plans to run for speaker at a news conference on Wednesday.

At a victory celebration in Washington on Tuesday, Pelosi said a Democratic House "will work for solutions that bring us together because we have all had enough of division.”

She was flanked by No. 2 House Democrat Steny Hoyer and No. 3 House Democrat James Clyburn in a sign that the three could aim to lead the chamber in the new Congress that convenes in early January.

For 16 years, Pelosi has steered the House Democrats, first as minority leader, then speaker, then minority leader again after the 2011 Republican takeover of the chamber. Her path back to the top job is clear.

First, she must capture a majority of Democrats in a behind-closed-doors Nov. 28 party leadership election. No certain rival to Pelosi has emerged but there are possible challengers.

Two years ago, in the internal party race for minority leader, 63 Democrats voted for Representative Tim Ryan of Ohio, but Pelosi received 134 votes.

On Sunday, Ryan was asked on Fox News' "Sunday Morning Futures" program if he would challenge Pelosi.

"There are a number of candidates that are having conversations that are talking about running," he said. "I will say it's not going to be a coronation. Somebody is going to run for leadership."

Clyburn, a 13-term congressman from South Carolina, has told reporters that he will not challenge Pelosi directly but will run for speaker if she does not have enough votes.

Many Democrats have said the No. 2 House Democrat, Steny Hoyer of Maryland, is also waiting in the wings.

Still, at ages 78 and 79, respectively, neither Clyburn nor Hoyer represents the kind of "new blood" that some younger Democrats seek.

A handful of more junior lawmakers are in the frame, as well. One is Louisiana's Cedric Richmond, 45, chairman of the Congressional Black Caucus, which recently sent a letter to lawmakers saying that if there is a leadership change, it wanted one of the top two Democratic leadership spots, a Democratic aide said. Clyburn is also a caucus member.

Two others sometimes tagged as potential party leaders are Hakeem Jeffries, 48, a New Yorker who is also a member of the Congressional Black Caucus, and Cheri Bustos, 57, from a northwestern Illinois district that President Donald Trump won in 2016.

If Pelosi prevails at the party level, she would become the Democrats' candidate for speaker in a public roll call vote in early January by all 435 House members from both parties.

The winner of a majority of the votes cast gets the gavel. That means the candidate of the party with the most House seats wins, as long as party members stick together.

The current House speaker is Paul Ryan, a Wisconsin Republican who is retiring from Congress.