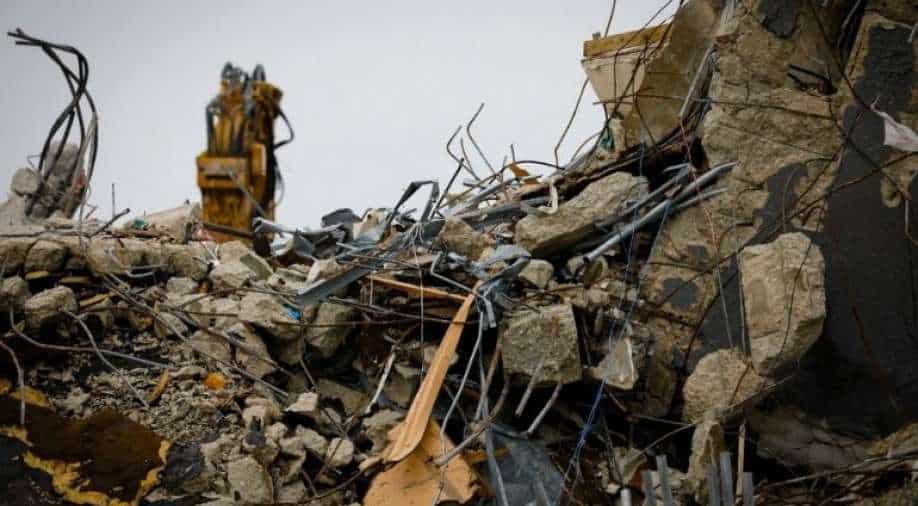 In this file photo the rubble of the collapsed building Champlain Tower South is seen in Surfside, Florida on July 6, 2021. (File Photo) Photograph:( AFP )

The Surfside building collapsed two weeks ago in the early hours of June 24, the cause of the collapse is still being investigated

The death toll from the collapse of an apartment building in Florida outside Miami has risen to 46 after 10 more bodies were extracted from the rubble, as the number of people still unaccounted for dropped to 94, officials said Wednesday.

Miami-Dade County Mayor Daniella Levine Cava said emergency personnel had been able to reach new areas in the pile of debris as a result of the demolition of Champlain Towers South in a controlled explosion over the weekend.

Also read | Rest of collapsed Florida apartment demolished ahead of storm, search and rescue to resume

She told reporters that those efforts had brought "the total confirmed deaths to 46. Thirty-two of these victims have been identified and next of kin notifications have been made."

The building in Surfside collapsed in the early hours of June 24, nearly two weeks ago. Investigations are underway to determine the cause of the collapse.

Levine Cava said rescuers were lucky as the weather had cleared, with Tropical Storm Elsa making landfall on the Sunshine State's west coast.