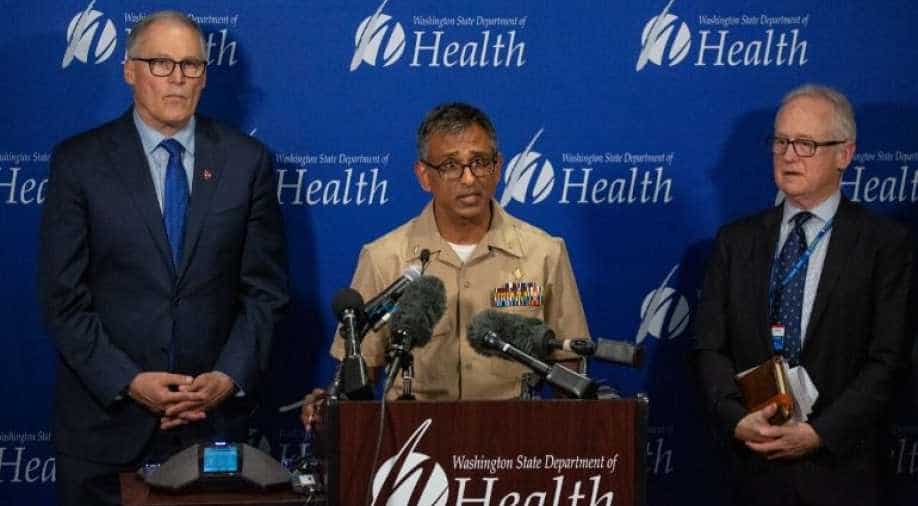 Satish Pillai, right, a medical officer for the CDC, speaks on Tuesday following the announcement of the first known person in the US with the new coronavirus strain. Photograph:( AFP )

He was recently diagnosed with the virus in Seattle soon after he had returned from a trip to China.

The first person known to be a US patient of the coronavirus outbreak is being treated by a robot to prevent the transmission of the fatalistic disease which has killed 17 people and infected hundreds more in China.

The patient was admitted to a unit in a hospital in Everett, Washington on Monday which specializes in treatment of pathogens.

He was recently diagnosed with the virus in Seattle soon after he had returned from a trip to China.

He is in a ''satisfactory condition'' according to the doctors of the hospital.

The robot used to treat the patient was operated by Dr George Diaz, the section chief of diseases caused by infections at Providence regional medical centre Everett.

He operated the robot which was equipped with a camera, a microphone and a stethoscope.

The patient was taken to the hospital in isolation and was admitted in a closed gurney called an isopod.

Also read: China coronavirus: WHO yet to decide if Wuhan virus is a global health emergency

The entrance to the unit is guarded by security officers who wear a peculiar kind of helmet called CAPR along with full-body protection.

The World Health Organization has been contemplating to declare the outbreak of the virus as a public health emergency of global concern.

It had originated in the Wuhan district of China where approximately 540 people have been hospitalized.