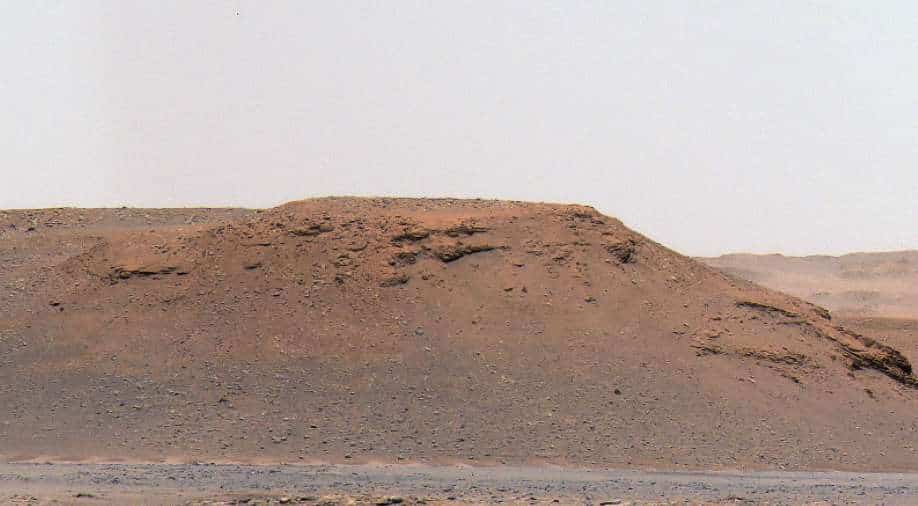 NASA's Perseverance rover landed in the Jezero crater on February 18 this year. The scientists had suspected a long-gone river once fed a lake, depositing sediment in a fan-shaped delta.

The NASA Perseverance rover has sent its first images of a 3.7-billion-year-old ancient river delta. The discovery will help in guiding scientists in their search for evidence of ancient life.

NASA's Perseverance rover landed in the Jezero crater on February 18 this year. The scientists had suspected a long-gone river once fed a lake, depositing sediment in a fan-shaped delta.

A recent study has analysed high-resolution images captured by Perseverance. Layers within the cliffs show how its formation took place.

From space, the Mars Reconnaissance Orbiter and other spacecraft gave us tantalizing hints about Jezero Crater's watery past. Now that the @NASAPersevere rover is providing close-ups from the ground, scientists have encountered some geological surprises: https://t.co/9tXmiFNsDS pic.twitter.com/ern4PqRkV6

The images also reveal the watery life cycle of the now dried-out lake at Jezero Crater.

The findings could be helpful for Perseverance to achieve its scientific mission of finding signs of life. It can also help in collecting samples for future return to Earth.

Co-lead author on the paper Professor Sanjeev Gupta, of Imperial College London’s Department of Earth Science and Engineering said, "These results have an impact on the strategy for the selection of rocks for sampling. The finest grained material at the bottom of the delta probably contains our best bet for finding evidence of organics and biosignatures, and the boulders at the top will enable us to sample old pieces of crustal rocks. Both are main objectives for sampling and caching rocks before the Mars Sample Return - a future mission to bring these samples back to Earth."

Meanwhile, earlier in September, the rover succeeded in drilling rocks from Mars after a perplexing failure. The rover's chief engineer Adam Steltzner described it as “one beautifully perfect cored sample.”

The US space agency can use these rocks for future analysis by scientists on Earth by using state-of-the-art instruments in their laboratories.

According to Jennifer Trosper, project manager at NASA's Jet Propulsion Laboratory in Pasadena, "The team determined a location, and selected and cored a viable and scientifically valuable rock.''