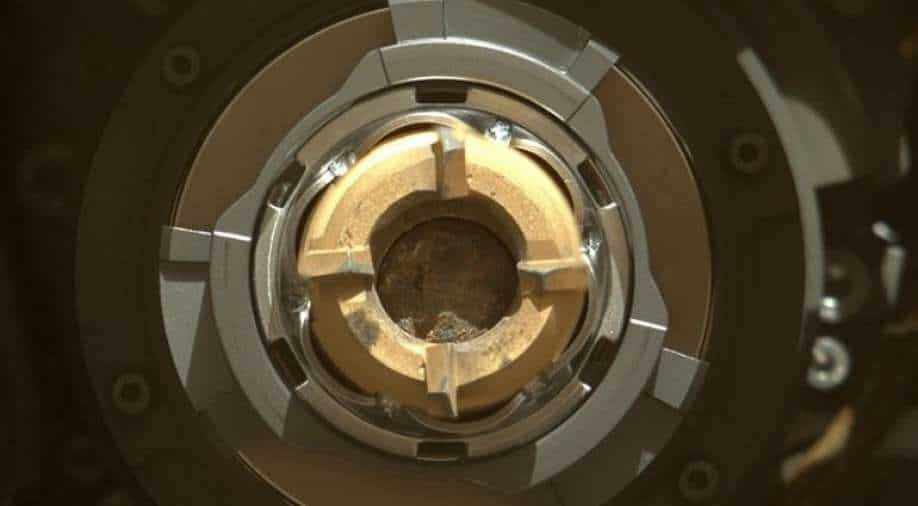 NASA's Perseverance rover has succeeded in drilling rocks from Mars after a perplexing failure last month.

#SamplingMars update: first images show a sample in the tube after coring. But pics I took after an arm move are inconclusive due to poor lighting. I’m taking more photos in better light to confirm that we still have an intact core in the tube.

Now, the US space agency can use these rocks for future analysis by scientists on Earth by using state-of-the-art instruments in their laboratories.

According to Jennifer Trosper, project manager at NASA's Jet Propulsion Laboratory in Pasadena, "The team determined a location, and selected and cored a viable and scientifically valuable rock.''

"We will work through this small hiccup with the lighting conditions in the images and remain encouraged that there is sample in this tube."

Nicknamed "Rochette," the target was a briefcase-sized rock from a ridgeline that is half a mile (900 meters) long.

NASA had failed during its first attempt to scoop up a piece of Martian life because the rock was too crumbly.

It had landed on the Red Planet's Jezero crater in February with the aim of searching for signs of ancient microbial life.

NASA plans a mission to bring around 30 samples back to Earth in the 2030s, where scientists will be able to conduct more detailed analysis that might confirm there was microbial life.