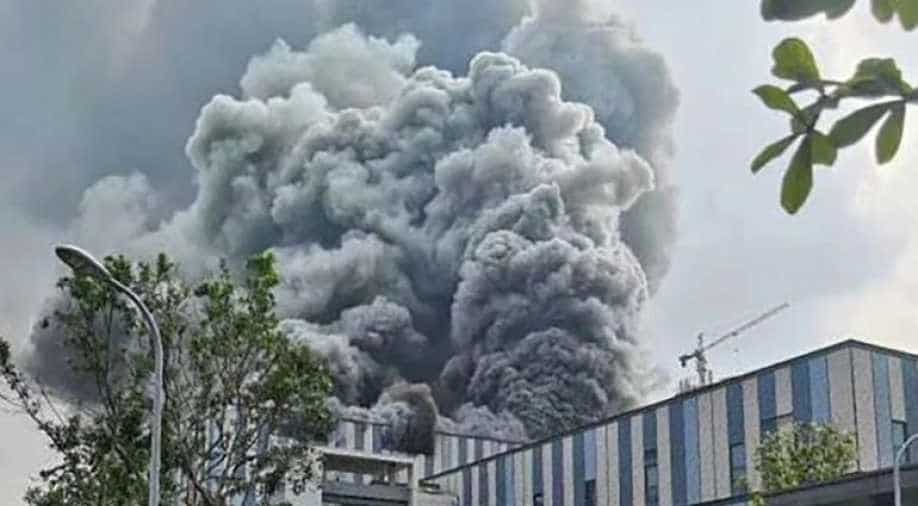 The fire resulted in dark clouds of smoke over the building, and it took nearly 140 firefighters to extinguish the fire

A massive fire broke out at the Huawei campus in the southern Chinese city of Dongguan on Friday taking lives of three people.

The fire started in the part of the building where a research base was being developed. The building was under construction and the local authorities claimed all workers were evacuated. However, later reports claimed that a "thorough search by firefighters afterwards found three people dead inside the building."

The government has identified the victims as employees of the industrial park management company.

The fire resulted in dark clouds of smoke over the building, and it took nearly 140 firefighters to extinguish the fire, the local fire brigade said in a separate statement.

The blue and white building is now blackened out, as it can be seen in several images available on social media.

Huawei has claimed that the building was a "steel structure, and has not yet been put to use" yet. The building is located near the Songhshan Lake industrial development zone. Huawei's main office campus is in the southern city of Shenzhen.

An investigation has been launched into the matter and a detailed report will soon be issued stating the cause of the fire and the damage done.