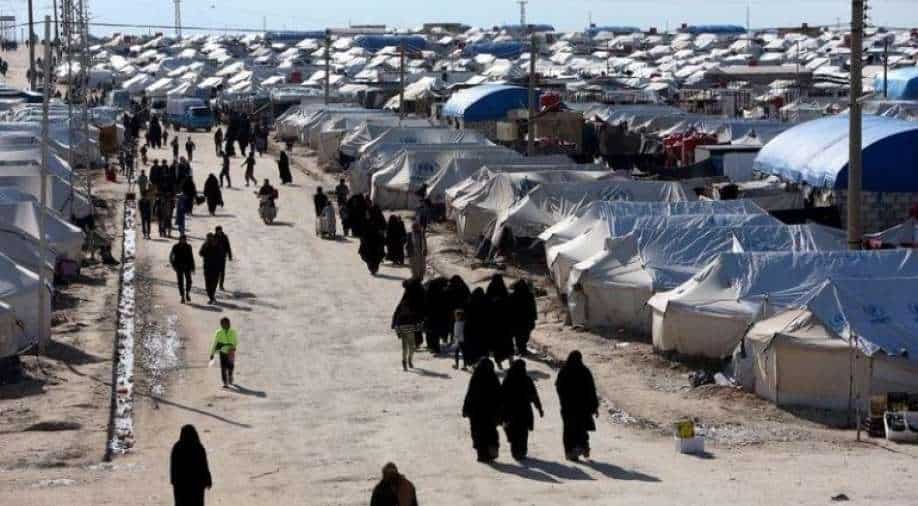 Al-Hol camp (as seen in the picture) in northern Syria houses nearly 60,000 people who are being held by Kurdish-led forces. Photograph:( Reuters )

The two teachers used instant messaging service, WhatsApp, to communicate, give lessons, assignments and answer all related queries of Finnish children stuck in the camps

Ilona Taimela, a teacher based out of Finland, has opened up about teaching children of people linked to the Islamic State (IS) through WhatsApp.

"Whoever the children are, they have a right to education," she told the BBC.

Taimela stated teaching 23 Finnish children who lived in al-Hol camp, which is a tent city of nearly 60,000 people who are related to the IS group. These children have been holed up in these tents for years now while western countries assess if the children and their mother can be repatriated or do they pose a future threat. The children were able to get worldly learnings only from semi-functioning charity schools.

However, with Taimela’s classes, the children saw a ray of hope. When the pandemic began in 2020, Finland’s government promoted the idea of teaching the Finnish kids stuck in the camp through virtual aids. The government then commissioned an initiative called Lifelong Learning Foundation, which aims to develop a distance teaching programme.

Headed by Tuija Tammelander, the foundation’s school of diatcne learning contacted Taimela who quickly jumoed to the opportunity and also helped bring in another teacher.

The two teachers used instant messaging service, WhatsApp, to communicate, give lessons, assignments and answer all related queries of Finnish children stuck in the camps.

"We had never done anything like this before," said Ms Tammelander. The faculty started sending out messages to mothers of these pupils. A total of 23 mothers consented to their pupils being taught through WhatsApp. First message was sent out on May 07, 2020. "Good morning! Today is Thursday the 7th (seventh) of May 2020. The first day of distance school!," the message read. “What kind of weather is it in there? You can answer with emoji or with text/audio.”

From then, the faculty started sending out lessons, assignments related to basic concepts of English, Maths, Geography and more. All these messages were dominantly in Finnish language.

Al these messages were kept a secret from the Kurdish forces and the Finnish public as the mothers in the camp are not allowed to own a mobile. However, the secret lessons soon started breaking up as some mothers were repatriated or some were moved to nearby al-Roj camp which follows stricter policies.