India gifts 2,000 tonnes of rice to Syria as 'humanitarian assistance' 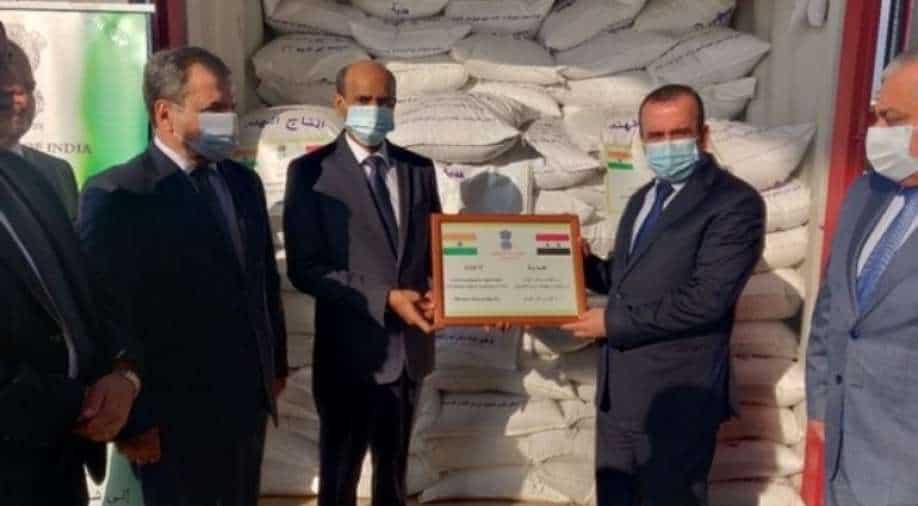 India is delivering 2,000 tonnes of rice as a response to the request for emergency humanitarian assistance from the Syrian government

India has once again stepped up to help a country in need. This time, India is gifting 2,000 tonnes of rice to Syria where people have been starving due to economic collapse and constant violence.

The war-torn country has been struggling to meet ends meet with the majority of the population falling below the poverty line.

In order to help the ailing country, India is delivering 2,000 tonnes of rice as a response to the request for emergency humanitarian assistance from the Syrian government, the external affairs ministry said.

"India and Syria have historically enjoyed close and friendly relations. The government of India has always stood in solidarity with the people of Syria, and our bilateral engagement has continued apace even during the years of internal conflict there through a number of development and capacity building projects," the external affairs ministry said.

Last year in July, the Indian government had gifted nearly 10 tonnes of medicines to Syria to assist them through the coronavirus pandemic, which had stopped several aides to the war-torn country.

In addition to this, a camp was also set up in January 2020, called 'Jaipur foot', for artificial limbs. Organised by the Indian external affairs ministry in partnership with Bhagwan Mahaveer Viklang Sahayata Samiti, this camp, organised in Damascus, benefited nearly 500 Syrian nationals.