Fed in holding pattern amid tense US election 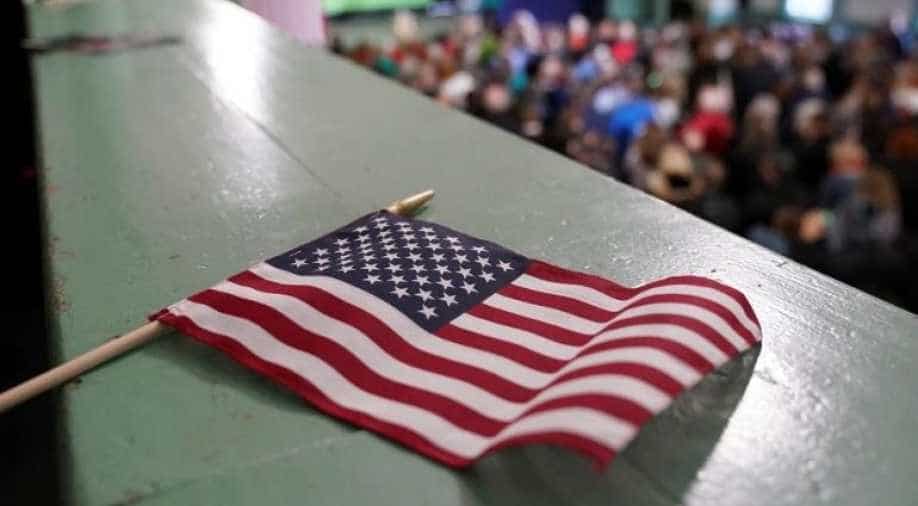 The Federal Reserve's policy setting committee meets this week at a turbulent time: one day after voters head to the polls in the deeply uncertain US presidential election.

But the body pointedly keeps itself out of politics, and analysts expect the policy-setting Federal Open Markets Committee (FOMC) will do little to rock the boat at its two-day meeting beginning Wednesday.

The Fed already zeroed out borrowing rates and offered massive credit facilities amid the coronavirus downturn, recently expanding them to reach more firms and nonprofit organizations.

"I think November's meeting is too soon for there to be a dramatic break," said David Wilcox, a former top economist at the Fed who is now with the Peterson Institute for International Economics.

"This is a sort of a placeholder meeting while they wait for those situations to clarify."

Political uncertainty ahead of the vote comes amid continued worries about the world's largest economy amid the coronavirus crisis.

While the Fed moved quickly with new credit lines and the rate cut as the pandemic arrived, the initial momentum to get aid bills through Congress has petered out despite increasingly desperate pleas for more aid from Fed Chair Jerome Powell.

John Mousseau, president and chief executive officer at Cumberland Advisors, said the central bank is likely to again encourage lawmakers to continue the push for new stimulus after the election in the final weeks before a new Congress is installed in January.

"The Fed has done their job," he said.

And as they call for more aid next week "the message will be delivered to a lame duck Congress that might actually act on what the Fed's doing."

The FOMC meeting lacks any suspense over the benchmark lending rate after the central bank in August debuted a new policy keeping interest rates lower for longer to wait to inflation to rise and maximize employment.

The coronavirus pandemic in the United States caused tens of millions of layoffs as well as a historic contraction in GDP, but recent data shows a recovery is underway.

GDP growth rebounded by 33.1 per cent annualized in the third quarter from its 31.4 per cent contraction in the quarter before, according to Commerce Department data.

But weekly applications for jobless benefits remain higher than the worst of the 2008-2010 global financial crisis, and nearly 23 million people continue to receive some form of government unemployment support.

The $2.2 trillion CARES Act stimulus package passed in March has helped spur rehiring and supported spending, but key provisions are expired and fears of a renewed economic malaise have increased.

Extending that aid is the job of Congress, but at the Fed, "They've got their accelerator foot down hard on the pedal... to sustain the economy as best as they can, using the tools at their disposal," Wilcox said

It's unclear if there how much more the Fed is willing or able to do.

Mousseau said they could begin buying different types of debt to ease the pressure on entities like local governments, particularly if no stimulus package is passed.

But that opens them up to thorny questions over whose debt to buy, and accusations of political preference could follow, the last thing the central bank desires.

"I think that's one reason why the Fed has passed some of this back of Congress. Rightfully so," Mousseau said.

It is a given that the FOMC meeting will be overshadowed by the election contest between President Donald Trump and his challenger Joe Biden set for the day before the meeting begins.

Powell is expected to steer well clear of political questions in his press conference Thursday.

"They're always fighting the fight against being put in a political position," Mousseau said. "To its credit, that's one thing Powell has stood up against. The Fed can't be a political vehicle."

International Women’s Day: The history, present and a possible future