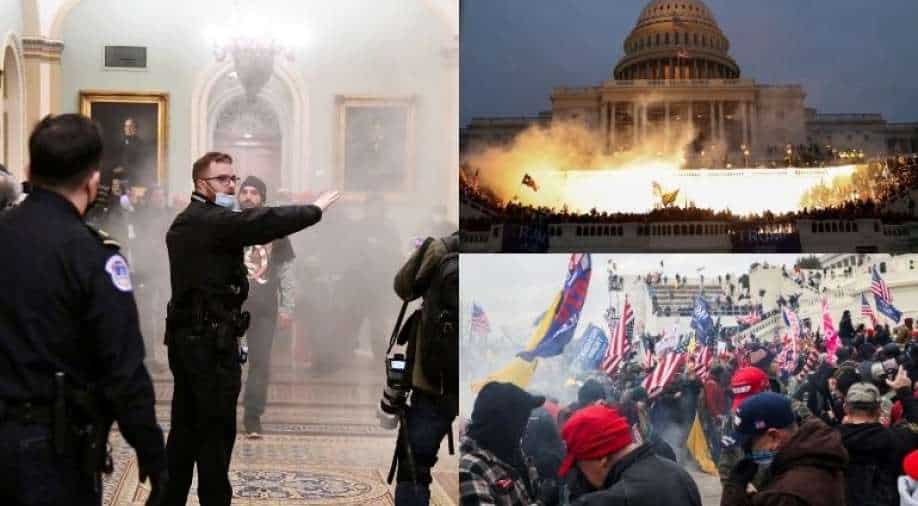 FBI Director Chris Wray on Tuesday accused supporters of Donald Trump who carried out a deadly attack on the US Capitol of domestic terrorism and vowed to hold them accountable.

"I was appalled that you, our country's elected leaders, were victimized right here in these very halls," Wray testified before the Senate Judiciary Committee.

''That siege was criminal behaviour, pure and simple. It's behaviour that we, the FBI, view as domestic terrorism."

It was Wray's first testimony in Congress since the attack, a failed bid to block Congress from certifying Joe Biden's November election victory, was carried out by supporters of then-President Trump who, in a speech near the White House, exhorted them to march to the Capitol in protest.

The Justice Department has charged more than 300 people on criminal counts ranging from conspiracy to attacking police and obstructing Congress. The rioting led to five deaths.

At least 18 people associated with the far-right Proud Boys have been charged and nine people tied to the anti-government militia known as the Oath Keepers are facing charges they conspired as far back as November to storm the Capitol to prevent Biden from becoming president.

The FBI has not yet arrested any suspects in the death of Capitol Police officer Brian Sicknick, or for pipe bombs that were discovered outside the headquarters of both the Republican and Democratic national committees.

The FBI has obtained a video that shows a suspect spraying bear spray on police officers, including Sicknick, according to a law enforcement source familiar with the investigation.

The suspect has not yet been identified by name, and it is still not clear if the bear spray contributed to Sicknick's death.

In a newly unsealed search warrant, investigators say rioters carried weapons inside the Capitol including tire irons, sledgehammers, tasers, bear spray and, in at least one case, a handgun with an extended magazine.

"Everyone involved must take responsibility for their actions that day, including our former president," the panel's Ranking Republican Charles Grassley said.

"Now, in the wake of January 6, we must seriously examine the threats of domestic extremism."

Senate Judiciary Committee Chairman Dick Durbin said the government has not done enough to protect against threats from far-right extremists and white supremacists, and accused the Trump administration for playing down those threats.

He added that the Trump administration "never set up a task force to combat the numerous incidents" from the far-right, and instead focused on Black Lives Matter activists.