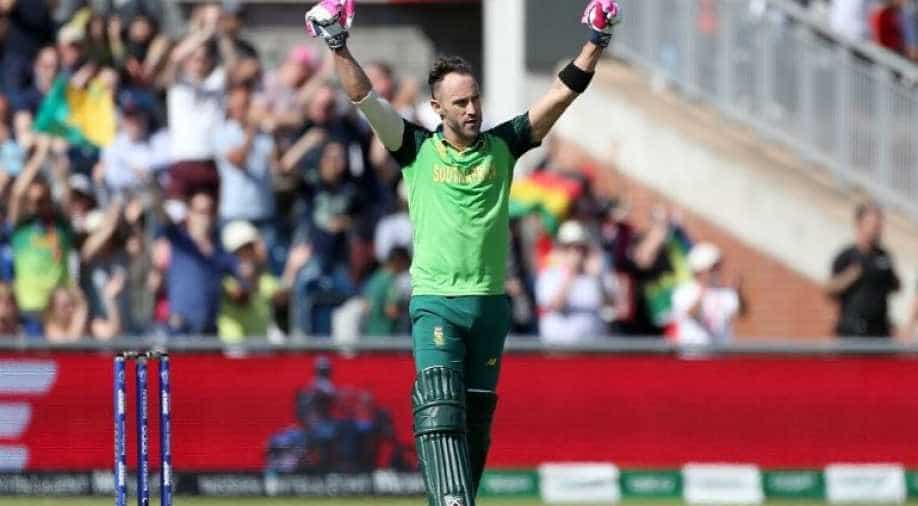 Du Plessis was rested for the recent One-Day International and Twenty20 series against England, where South Africa was led by wicketkeeper Quinton de Kock.

Faf du Plessis has quit as South Africa captain across all three formats of cricket but will remain available for selection, Cricket South Africa announced on Monday.

Faf du Plessis has announced he is stepping down as South Africa captain from all formats! pic.twitter.com/ukBYGgduiX

Du Plessis says he wants to take a step back from captaincy to allow a new generation of leaders to develop in the side, with the 35-year-old admitting earlier this year he was not looking at his future in international cricket beyond the Twenty20 World Cup in Australia in October.

“South African cricket has entered a new era. New leadership, new faces, new challenges and new strategies. I remain committed to play in all three formats of the game for now as a player and will offer my knowledge and time to the new leaders of the team." Du Plessis pic.twitter.com/UAZd6OqLmn

Du Plessis was rested for the recent One-Day International and Twenty20 series against England, where South Africa was led by wicketkeeper Quinton de Kock.

"The last season of my captaincy has been the most challenging to date as I had a lot of off-field issues that I devoted my energy towards." - Du Plessis pic.twitter.com/PBUi2HlFPg

"As the team heads into a new direction with new leaders and a young crop of players, I feel it will be in the best interests of South African cricket to relinquish the captaincy in all formats," Du Plessis said in a statement.

"This was one of the toughest decisions to make, but I remain fully committed to supporting Quinton," he added.