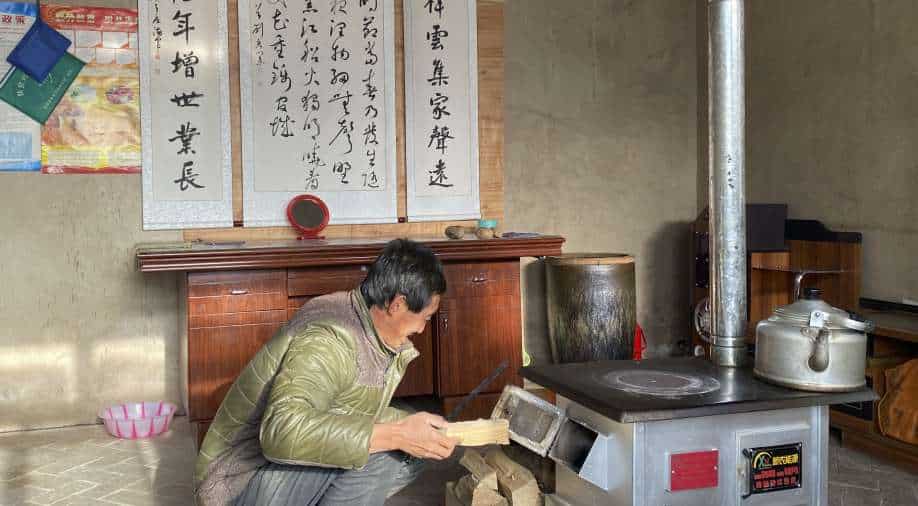 But when he returned to the area in 2016, he was overwhelmed by the transformation. Families were living in brick homes with electricity and had access to clean water. Nearly every child attended elementary school. Shrubs and grasses blanketed the hillsides, having returned after the government paid farmers to prevent their animals from grazing

When Alan Piazza visited isolated villages in north central China in the 1990s as an economist for the World Bank, he found a place of “almost impossible poverty.”

People in the Ningxia region lived in cave dwellings dug into desert sand. They had no electricity, no clean water, and the land had been badly eroded by grazing goats and sheep, turning the already arid terrain into a “moonscape.” The soil was poor, and village leaders brought Piazza to visit families whose bins of corn would be empty months before the next harvest. To Piazza, improving conditions there seemed unimaginable.

But when he returned to the area in 2016, he was overwhelmed by the transformation. Families were living in brick homes with electricity and had access to clean water. Nearly every child attended elementary school. Shrubs and grasses blanketed the hillsides, having returned after the government paid farmers to prevent their animals from grazing.

In 1990, about 36% of the global population — and nearly half of people in developing countries — lived on less than $1.25 a day, the World Bank’s definition of extreme poverty at the time. (It’s now $1.90 a day.) In 2000, United Nations member states pledged to cut extreme poverty worldwide — specifically to halve the proportion of people living in extreme poverty, from 1990 levels, by 2015.

Bottom line: The U.N. goal was met. By 2015, the share of the world’s population living in extreme poverty fell to 12% from 36% in 1990, a steep decline in just 2 1/2 decades. During a single generation, more than 1 billion people around the world climbed out of extreme poverty, surpassing the goal.

How did it happen?

The UN’s vow to cut extreme poverty came with aid commitments from rich countries as well as debt forgiveness, which allowed some nations to put resources toward education or health rather than toward paying debt service on loans to international funders. But those measures were not primarily responsible for the overall rise in incomes.

Though poverty has declined everywhere, China and India, the world’s most populous countries, account for a vast majority of the progress. China’s economic growth, spurred by reforms that opened its economy to trade and improved agricultural productivity, as well as foreign direct investment, gave the government the means to reduce poverty.

The government provided free elementary education for all children and financed major construction projects to bring electricity and clean water to rural areas. People moved from the countryside to coastal cities, where they worked in factories and sent money home. Government-sponsored programs moved more than 1 million people — some reluctantly — from the drought-stricken desert to newly built villages closer to roads and water.

China’s GDP rose an annual average of 9.5% for 40 years, in what the World Bank called “the fastest sustained expansion by a major economy in history.”

“When countries see sustained economic growth, you also see declining absolute poverty,” said Charles Kenny, a researcher at the Center for Global Development, a nonprofit think tank. “It’s as close to a universal law as we have.”

The most recent World Bank figures show just 0.3% of China’s rural population living under $1.90 a day.

“It’s a great achievement,” Ning Zhu, an economist at the Shanghai Advanced Institute of Finance, said. “Of course, as an economist, we always worry about sustainability.”

Much of China’s success has been tied to transferring cash from the state to the private sector, Zhu said, but the coronavirus pandemic and China’s escalating debt may mean it cannot continue to rely on staggering economic growth.

China’s story is unique, but poverty has been declining in much of the rest of the world, too. Mexico and Brazil raised living standards by giving money to the poor and requiring only regular health checkups and school attendance for children in return. Dozens of other countries have tried similar programs. Though these initiatives can’t replace sweeping economic growth, they, as well as programs like meals in school and social pensions, can have significant effects: The World Bank estimates that social safety net programs are responsible for 36% of the global reduction in extreme poverty.

Americans felt the effects of this kind of spending during the coronavirus pandemic, when the government extended unemployment benefits and sent close to $1 trillion in direct stimulus payments to about 85% of households. This temporary expansion of the social safety net caused poverty to drop to the lowest levels on record in the United States.

The figure for extreme poverty is set by the World Bank to track trends among the poorest people in the poorest countries. Above this threshold lie categories of only slightly less dire poverty. Almost half of the world, 3.3 billion people lives on less than $5.50 a day, which is still barely enough to meet basic needs in many countries. In China, despite its progress, some 92 million people living in urban areas still get by on less than that amount.

About 700 million people, mostly in sub-Saharan Africa, continue to live in utter destitution on less than $1.90 a day. The engine of economic growth has yet to rescue them.

The pandemic, too, showed how fragile some of the gains can be. UN Secretary-General António Guterres warned that extreme poverty rose last year for the first time in decades as a result of COVID-19, widening inequalities between rich and poor nations.

Kenny says he oscillates between elation and despair over the progress of the past few decades. Lifting much of the world from abject poverty has been an unprecedented achievement, he said. And yet, the benefits have been frustratingly uneven.

“Both of those things are true,” he said.