Extra set of cuteness: Puppy born with 6 legs and 2 tails is 'doing well' 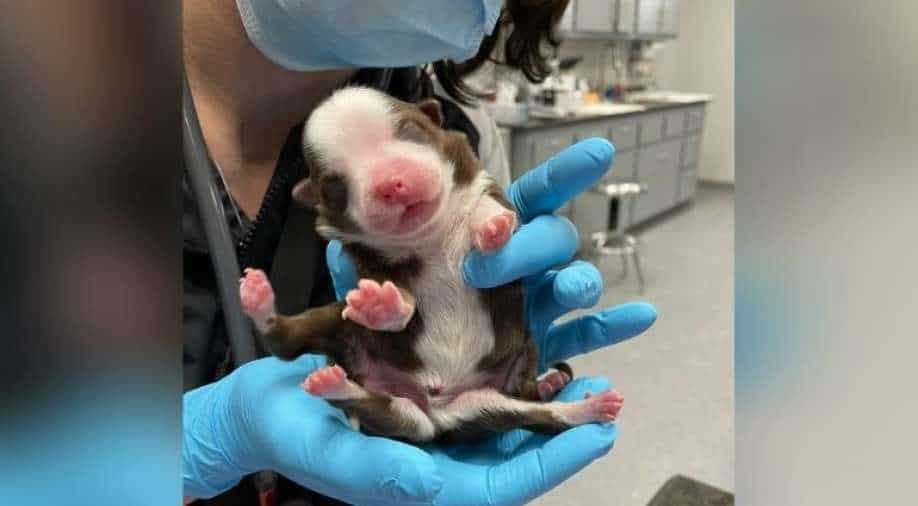 Skipper was supposed to be born as a twin, but the doctors failed to completely separate the two puppies, leading to extra body parts from the waist down

A new-born puppy is being described as a 'miracle'. The reason is the difference in his limbs when compared to the usual dogs.

Named Skipper, the 'miracle' puppy is born with six legs and two tails and even then survived.

Skipper was supposed to be born as a twin, but the doctors failed to completely separate the two puppies, leading to extra body parts from the waist down.

Born in Oklahoma City, she has now been described as "strong and determined" to lead a foreseeable 'happy and healthy life.

At a regular check-up, post 10 days of her birth, experts believe there would be no need to remove the extra limbs of Skipper as the legs are all responding well to stimulus.

The doctors have described her condition to be congenital, rather than genetic, which will help her lead a good life and not complicate her life any further.

"Positively, her organs appear to be in great shape, she is peeing and pooping, and is very strong! She nurses well and is growing appropriately so far," Neel Veterinary hospital said.

It is also being assumed that her extra legs can probably help her gain balance when she learns to walk — a stage which is particularly hard for puppies.

However, concerned veterinary specialists have not been able to find any published case studies related to her congenital condition.

For now, her pet parent is also being instructed on how to help her through simple motion exercises to strengthen her legs.

Considering her condition, many donors have come forward to offer monetary and emotional support to the pet parent, including funding vet and food bills.