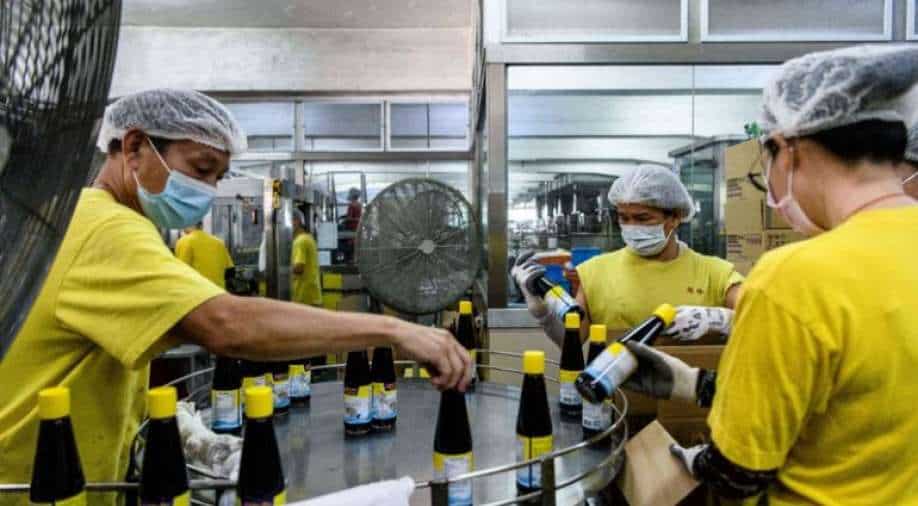 The campaign is against the '996 work culture' in the country. According to this culture, people are scheduled to work from 9 am to 9 pm for six days in a week, Taiwan News reported.

The campaign asks employees to share their work schedules on an open-access spreadsheet that is being circulated over the internet.

As per the updates on Thursday, the sheet had entries from over 4,000 people working in tech giants including Tencent, Alibaba and ByteDance.

Meanwhile, China has witnessed a huge backlash from the people against the dreaded work schedule in recent years, Taiwan News reported.

This 996 culture has also been publically praised by founders of China's tech unicorns, including Jack Ma, who once reportedly said that "To be able to work 996 is a huge bliss.

"But Chinese population, particularly youth emphasis on healthy life and a balance work trend with phrases such as "laying flat" and "feeling fish" being used as terms for slacking off among exhausted employees, Taiwan News reported.

Besides, Chinese tech companies are also attempting to bring productivity-enhancing tools into everyday office life, worker's efficiency is being channelized into squeezing more value from employees by using software-driven surveillance management and monitoring into their professional lives.

Despite fierce criticism over such aggressive practices and complaints from employees, they have had little impact on investor sentiment, reported Nikkei Asia.

Companies are running even more brutal working hours - ByteDance allows its employees a full weekend only every other week, while employees at Pinduoduo's newer units are required to work at least 300 hours a month.