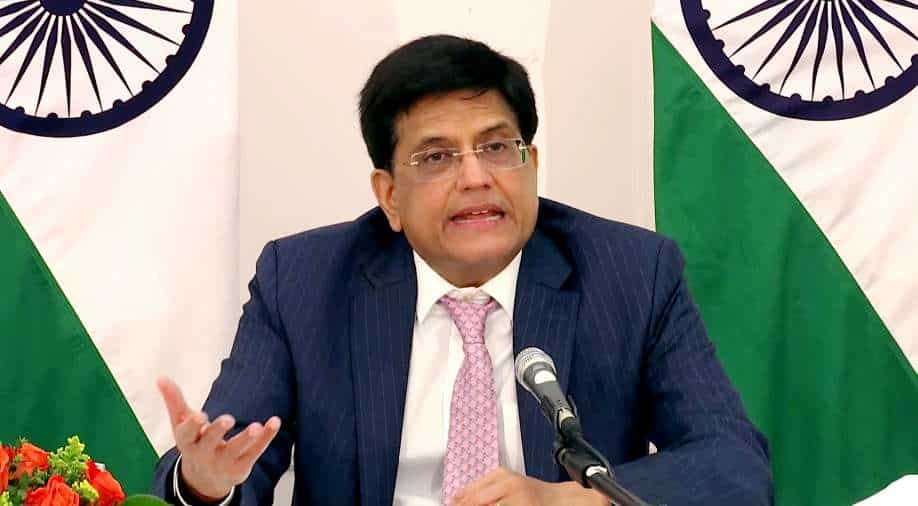 India's commerce minister Piyush Goyal addresses the media ahead of the G20 summit, in Rome on Friday Photograph:( ANI )

Speaking on the climate change issue, Goyal said India will raise the issues of the developing and the least developing nations with regards to climate financing and transfer of technologies

Commerce minister Piyush Goyal, who is India’s G20 sherpa or personal representative of the head of government for preparing for the grouping’s summit, spoke to WION about the country’s key agenda that will be raised in the meeting.

Speaking on the climate change issue, Goyal said India will raise the issues of the developing and least developing nations with regards to climate financing and transfer of technologies.

“India will play a pivotal role both at the G20 and the COP 26. It has been at the forefront of the climate change agenda. While we are, in the first place, not responsible for the problem, and despite supporting 17 per cent of the world population, our contribution to the global gas emission is just under 3 per cent.

"Yet, as a responsible global citizen, we are participating actively in the world’s efforts to resolve the future problems that climate change can bring. We are walking collectively with other nations and trying to protect the interests of the low- and middle-income countries, so that adequate finance and appropriate technologies at affordable prices are made available to them in their future development work,” Goyal told WION.

“We are ensuring that adequate policy space is available for the developing countries to bring prosperity to the people. And in some sense, India speaks and is a voice of billions of people who have been left behind in this space for prosperity. We are very confident that in G20, we will be a powerful voice in addressing concerns around climate change,” he added.

India has been raising the issue of black money and terrorism in various international fora. Asked about India’s agenda on this issue at the summit, Goyal said, “The fact that world has moved towards accepting a minimum global corporate tax is itself reflective of the support that PM Modi’s idea got. Because ultimately when people were finding safe haven and avoiding paying taxes in any jurisdiction through various tax mechanisms, that itself was a form of encouraging money transfers and flows without accountability. So, I think we have come a long way. PM Modi continues to persevere and global attention to this very important subject and the good part is that the world is listening to him.”

Speaking on exporting Covid vaccines, Goyal said that India has sufficient stocks of vaccines and will be speeding up its efforts to support other developing and less developed nations with affordable vaccines.

“India has demonstrated to the world of its tremendous capabilities, both in the development of vaccines and the rapid rollout of our vaccination programme. As you are aware, we administered a billion doses of vaccines to a very large section of our population. The speed at which we vaccinated, almost all willing adults are close to being vaccinated. In fact, as our health minister mentioned, we are running a door-to-door campaign to encourage people who are left out to come and take vaccines. We have sufficient stocks of vaccines available, and we will be supporting several other less developed and developing countries with affordable vaccines in sufficient measure,” Goyal said.

On Saturday, PM Modi is expected to meet Pope Francis at the Vatican before attending the first session of the summit - Global Economy and Global Health.

On Sunday, apart from the sessions at the summit, PM Modi is expected to meet Spain's Prime Minister Pedro Sanchez and outgoing German Chancellor Angela Merkel.

Sunday's G20 discussions will likely revolve around climate change, and environment and sustainable development, including a global summit on supply chain resilience.