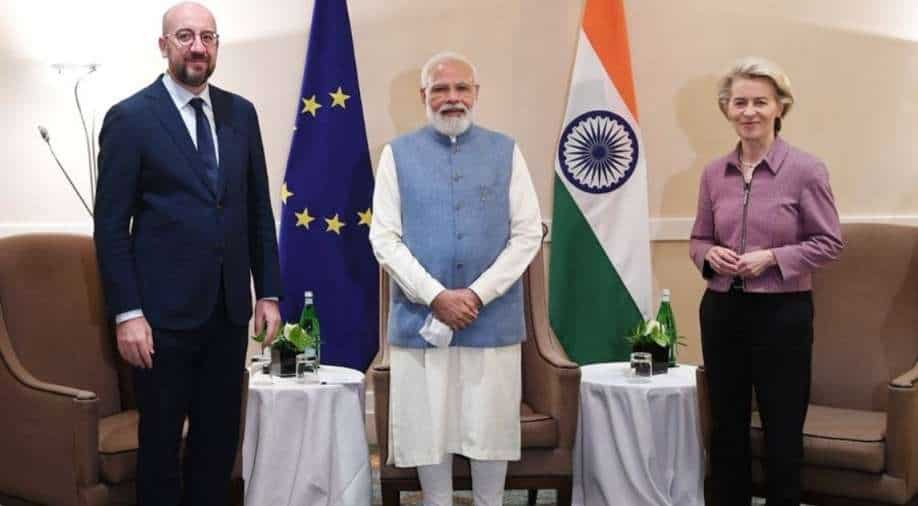 The leaders have discussed ways to enhance economic as well as people-to-people linkages. The discussions during the joint meeting were also aimed at creating a better planet

Official Twitter handle of the office of the Prime Minister of India informed that PM Modi's official engagements in Rome began with a "productive interaction" with Charles Michel and Ursula Von Der Leyen.

The leaders discussed ways to enhance economic as well as people-to-people linkages. The discussions during the joint meeting were also aimed at creating a better planet.

The Indian Prime Minister will join other leaders in discussions on global economic and health recovery from COVID-19, sustainable development and climate change.

Official engagements in Rome begin with a productive interaction with @eucopresident Charles Michel and @vonderleyen, President of the @EU_Commission.

The leaders discussed ways to enhance economic as well as people-to-people linkages aimed at creating a better planet. pic.twitter.com/Uvk4JLN5Ca

PM Modi arrived in Rome on Friday to attend the 16th G-20 Summit. He was received by senior officials of the Government of Italy and the Ambassador of India in Italy.

After arriving, PM Modi tweeted, "Landed in Rome to take part in the @g20org Summit, an important forum to deliberate on key global issues. I also look forward to other programmes through this visit to Rome."

The history of India-EU bilateral relations dates back to the early 1960s with India being among the first countries to establish diplomatic relations with the European Economic Community in 1962.

The first India-EU Summit took place on 28 June 2000 in Lisbon. The relationship was upgraded to a 'Strategic Partnership' during the 5th India-EU Summit held in 2004 in The Hague.

The 27-member EU is a political and economic bloc comprising 27 member states located primarily in Europe.