'Everything will be good now': Chinese man reunited with his son after 24 years 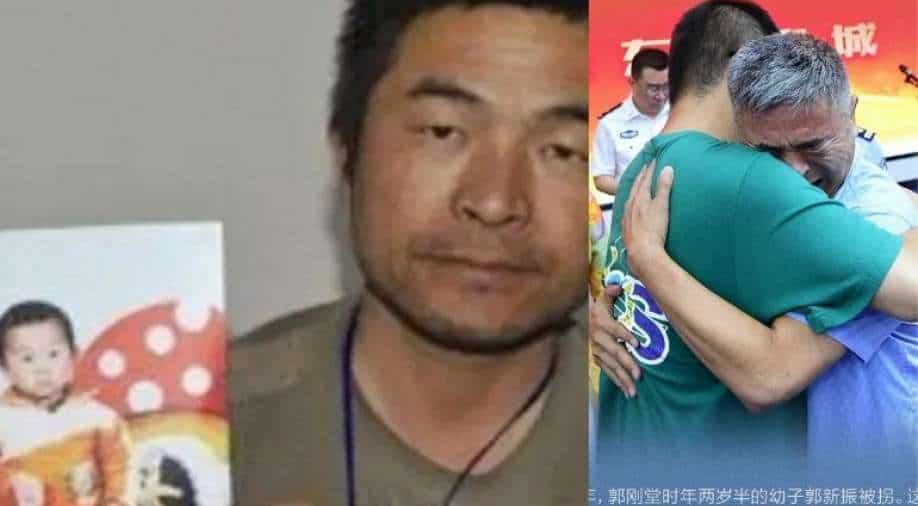 A Chinese old man, Guo Gangtang, had been travelling the country for the past 24 years to find his son who was abducted by human traffickers in 1997

A Chinese man who had lost his son 24 years ago had a happy day after so long when he was finally reunited with his child.

Guo Xinzhen, son of Guo Gangtang, was abducted by human traffickers at the age of two in 1997 from their home in Shandong.

Since then, Gangtang had been travelling the country on his motorbike carrying two posters that had pictures of his son.

After travelling 300,000 miles for 24 years, he was finally reunited with his son. The reunion happened a few years after a movie was made on their tale in 2015. Titled, ‘Lost and Love’ and starring Hong Kong celebrity Andy Lau, the movie showed the real-life tale and urged the locals to come ahead to help the family.

Xinzhen was reportedly abducted from outside his home when he was outdoors playing alone. He was apparently abducted by a woman and her boyfriend who further sold the two-year-old to a family in Henan province.

He was now told by the local police that his father had been looking for him for the past 24 years. The 26-year-old teacher, then, travelled to meet his father.

“Now that my boy has been found, everything can only be happy from now on,” Gangtang told local media. He has vowed to regard the family that raised his son as “relatives”.