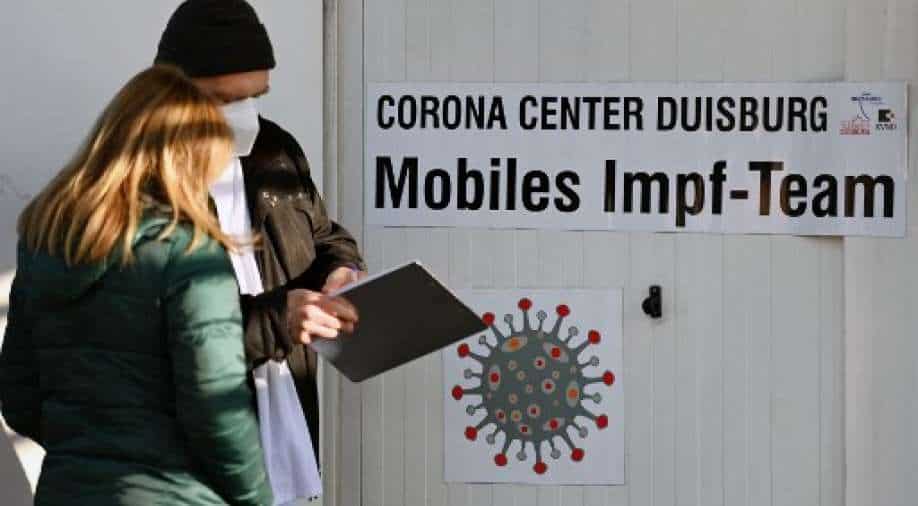 Germany, Austria, Slovakia and Croatia are among countries that have recently seen a surge in Covid cases

Europe is once again becoming the epicentre of a fresh COVID-19 outbreak, with some countries looking to impose lockdowns till Christmas and New Year as cases continue to rise.

Europe accounts for more than half of the average 7-day infections globally and about half of latest deaths, according to a Reuters tally, the highest levels since April last year when the virus was at its initial peak in Italy.

Germany, Austria, Slovakia and Croatia are among countries that have recently seen a surge in Covid cases. On Thursday, Germany recorded 50,196 new COVID-19 infections for the first time since the pandemic began.

According to EU data, the pace of inoculation has slowed in recent months. Only about 65 per cent of the population of the European Economic Area (EEA), including the European Union, Iceland, Liechtenstein and Norway, have received two doses.

The situation is so precarious that UK Prime Minister Boris Johson warned of “storm clouds” forming over parts of Europe. While outgoing Chancellor Angela Merkel on Saturday called for a "national effort" to break a fourth wave of coronavirus that is sweeping Germany and again urged people to get vaccinated.

Speaking in a broadcast clip, Boris Johnson said, “I’m seeing the storm clouds gathering over parts of the European continent. And I’ve got to be absolutely frank with people: we’ve been here before. We remember what happens when the wave starts rolling in,” he said.

The World Health Organization’s (WHO) Europe head, Hans Kluge, has said a lack of uptake of Covid vaccines is behind the increase.

The WHO’s recent report showed that Europe, including Russia, was the only region to record a rise in cases, up 7 per cent, while other areas reported declines or stable trends.

Also read | As COVID-19 cases surge in Europe, WHO top official urges US to pay attention

Similarly, it reported a 10 percent increase in deaths, while other regions reported declines.

Germany and Austria are planning to impose a fresh lockdown as vaccine hesitancy still lingers on among the people.

Whereas other EU countries are planning to introduce booster shots for the elderly and those with weakened immune systems to avoid lockdown.

Norway, for example, has already given third dose to those aged 65 and above, while it is planning to offer the booster shot to everyone aged 18 and older.

Italy said that from December 1, it will also offer the third dose to people over 40.