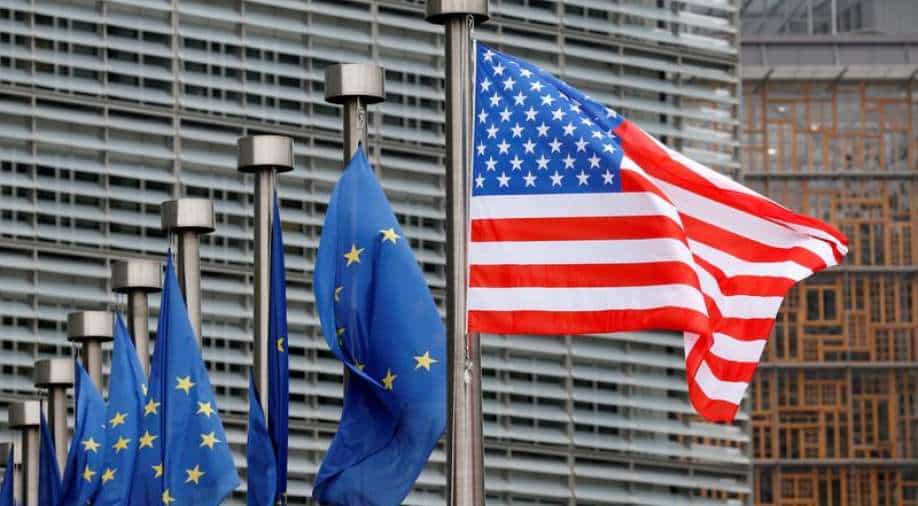 The EU and US jointly called on lawmakers in Georgia to sign on to a compromise agreement to be proposed Sunday to resolve a protracted political crisis in the Caucasus country.

"The European Union and the United States call on all members of Georgia's parliament to sign the agreement that European Council President (Charles) Michel will propose today," the joint statement by spokespeople for EU foreign policy chief Josep Borrell and the US State Department said.

The united EU-US front on the issue underlined growing consultation between Brussels and Washington on regions skirting Russia's southern and western borders.

Georgia, an ex-Soviet country that sits to the east of Europe, has been in the grip of a crisis since parliamentary polls in October, which the opposition said were rigged to keep the ruling Georgian Dream party in power.

The crisis deepened in February with the arrest and trial of the leader of the main opposition grouping, Nika Melia, on accusations of fomenting violence during 2019 anti-government protests.

Georgia's prime minister resigned and thousands of opposition supporters rallied in the capital Tbilisi in February to protest Melia's arrest.

EU chief Michel has taken on a mediation role between Georgia's government and opposition to try to rein in the tensions and prevent a perceived backsliding on democracy commitments by the country.

The EU-US statement said the compromise agreement to be unveiled was one that all Georgian lawmakers would be able to sign up to "in good faith".

But it said they would need to demonstrate "courage" by backing it over partisan considerations.

The statement said the proposed reforms would bolster the independence of Georgia's judiciary, improve electoral processes and contribute to "a parliament that can better reflect the voices of all people of Georgia".

The proposed agreement, posted to the website of the European External Action Service headed by Borrell, stated its aims as helping Georgia meet challenges thrown up by the Covid pandemic and addressing its "security and stability interests in the midst of regional challenges".

It commits signatories to, within a week, resolving cases of "perceived politicised justice" from the 2019 protests through amnesties or similar measures for convictions, and requiring more than a simple majority to lift parliamentary immunity.

"The parties acknowledge their differing assessment of the 2020 elections and agree to take up their parliamentary mandates and participate in future elections on the basis of the electoral reform agreed here," it says.

It calls for "fully proportional" elections for parliament and "clear criteria" for ballot recounts, as well as allowing "trusted invited domestic and international experts" to review election disputes, among a raft of other proposals to be completed before local elections in October.

Early parliamentary elections should be called in 2022 if the Georgian Dream party scores less than 43 per cent in the October polls, it says.

Power-sharing in parliament, under which opposition MPs would chair five committees, including key ones relating to either foreign relations, rights, or budget, is also set out.

The text also stipulates reforms to improve the judicial system with a pause on appointments to the supreme court until new legislation is passed ensuring better transparency, to be adopted within a year.