EU has vaccinated 2% of its population. How does it compare to rest of the world? 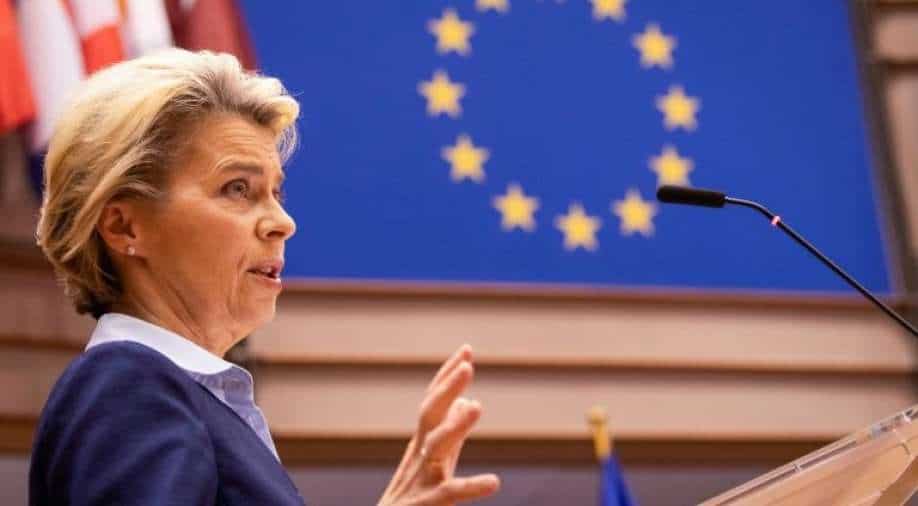 The European Union's vaccination programme is becoming a disaster, with the bloc having inoculated around 2 per cent of its population

The European Union's vaccination programme is becoming a disaster, with the bloc having inoculated around 2 per cent of its population. EU's best-performing country - Denmark has managed to administer 4.47 doses per 100 people. Israel, for example, has vaccinated - 54.72 people for every hundred.

So, what's going on in Europe?

Europe's problems range from slow vaccine supply to slow approvals. The bloc is also caught in a scuffle with vaccine-maker AstraZeneca - after it said it won't be able to deliver the promised doses on time. AstraZeneca has decided to supply an additional 9 million doses of coronavirus drugs to the EU by March, taking the total to 40 million.

The total population of the European Union is 446 million. Each person needs 2 doses, which roughly translates into 892 million doses. AstraZeneca is not the only company that EU has ordered coronavirus drugs from. Procurement deals have been signed with- 6 companies, with total number of doses at 2.3 billion. Despite these figures, the EU Has been able to inoculate just 2 per cent of its population.

What happened to the rest of their orders?

"In addition to Pfizer, Moderna, Sputnik and AstraZeneca, we can now count on Sinopharm as well", Cecilia Muller, Hungary's chief medical officer said.

Critics say that Europe ordered too little, too late, and it is now trying to make up for the mess by tightening export rules.

''Well, I think the European Union recognised now that they made a mistake", Michael Gove, UK minister for the cabinet office said. "This is an incredibly hostile and aggressive act by the European Union bloc, they are trying to stop the supply of a vaccine designed to save lives into the United Kingdom", said Arlene Foster, Northern Ireland's First Minister.

For Britain, which recently exited the EU, the vaccination botch-up translates into Brexit endorsement. It has numbers to show that the EU is doing a shoddy job. For every 100 people in the UK, 13.95 have been administered with at least one dose of the coronavirus vaccine. In Italy - the number dips to 3.24. In France, it's 2.25. In Spain, it's 3.15, and in Germany, it's 2.77. In Greece, it's 2.58, followed by Belgium and Norway at 2.5 and 2.15 respectively.

Europe's best-performing country is Denmark, where 4.47 people for every 100 have received a vaccine dose.

"I think we Europeans should also be more efficient on this matter [COVID-19 vaccines]", French President Emmanuel Macron said.