EU 'has no need for outside advice,' France's Hollande responds to Trump's criticism 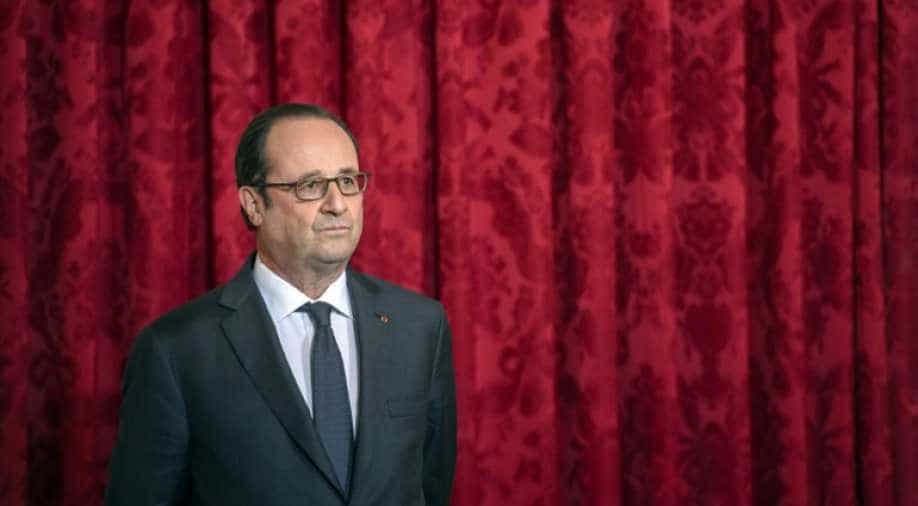 Trump also said NATO was 'obsolete, because it was designed many, many years ago... (and isn't) taking care of terror.' Photograph:( Getty )

French President Francois Hollande replied bluntly on Monday to Donald Trump's criticism of the European Union, saying the EU "has no need for outside advice" on its affairs.

"I say it here, Europe will always be willing to pursue transatlantic cooperation, but it will determine its path on the basis of its own interests and values," Hollande said at a ceremony in Paris for outgoing US ambassador Jane Hartley.

"It has no need for outside advice to tell it what it has to do."

In a hard-hitting interview published on Sunday by The Times of London and Germany's Bild, the US president-elect praised Britain's vote to leave the EU and said Europe had been weakened by its policy on migrants.

He criticised as "catastrophic" Germany's decision to open its borders to Syrian refugees, hailed Brexit as "a great thing" and predicted other countries would follow Britain in leaving the EU.

"(...) If refugees keep pouring into different parts of Europe... I think it's gonna be very hard to keep it together because people are angry about it," said Trump.

Trump also said NATO was "obsolete, because it was designed many, many years ago... (and isn't) taking care of terror."

He also noted that only a small number of its 28 members met a commitment on levels of military spending.

Taking aim at Trump but without naming him, Hollande said relations between Europe and the United States "have always been founded on in the same principles and values.

"These values are called respect, mutual support at times of danger, but also commitment to democracy, the defence of freedoms, equality between men and women, the dignity of being a human being."

And, he added, the principle of offering asylum to those fleeing persecution was a core value shared in Europe and America too.

"We are committed to our alliances, but we are also able to be self-sufficient strategically. This is what France has always defended, in the name of its independence, in total complementarity with NATO."

Separately, former French prime minister Manuel Valls said Trump's remarks amounted to a "declaration of war on Europe," which the incoming US president "quite simply suggests should break up."

"Many people thought that Donald Trump, after his election, would calm down. But they forget that a populist may want to implement his programme," Valls told BFMTV news channel.

"The only response to Donald Trump is European unity," said Valls.

"Europe is far too divided but there is a joint awareness... we need a very strong response from Europe, France and Germany."

Valls, 54, quit Hollande's government last month to stand as a candidate in the Socialist Party's primary ahead presidential elections due in April.

He is struggling to garner support among grassroots Socialist voters over rightward shifts in policy he took during his two years and eight months in office.