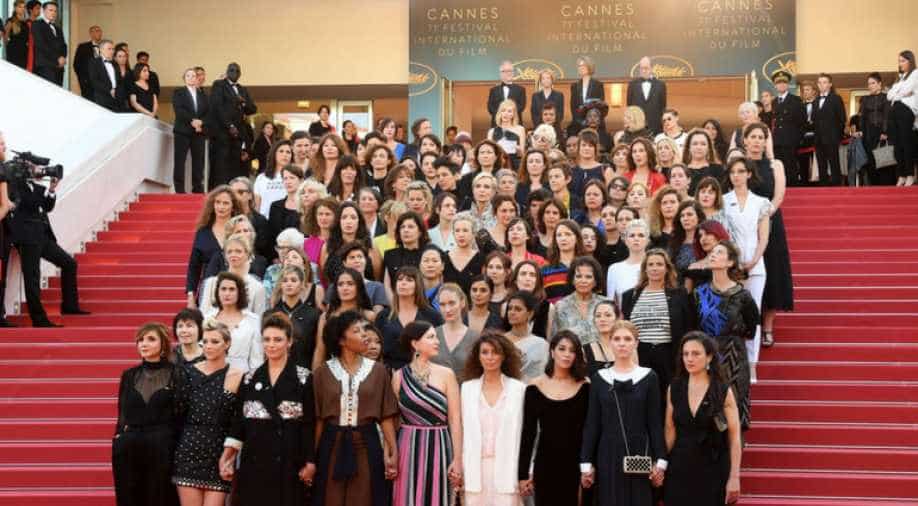 Cannes film festival experienced something different this year as women were seen protesting regarding their status in the movie industry that needs to be improved to prevent sexual harassment. The protest was part of the ongoing global Times Up movement.

The protest witnessed 82 women lead by Cate Blanchett and Kristen Stewart and was attended by the likes of Salma Hayek, Jane Fonda, Nandita Das, Ava Duvernay, Marion Cottilard and Patty Jenkins among others. The women were all prominent actors, filmmakers who were representing various countries at the festival.

Blanchett spoke about equality and stated how male filmmakers outnumber their female counterparts in award nominations. Finally got Twitter on my phone. Let me start from the beginning in @Festival_Cannes was part of the 82 women who marched up the red carpet to ask for more representation of women. V moving experience. Holding hands in solidarity So glad to be a part of it https://t.co/4VBZWY5rwa

After the iconic protest that took place on Saturday, France's Minister of Culture, Francoise Nyssen, said on Sunday, that few women work in movie-related fields in her country and they make less money than men. She also said many women become victims of discrimination, harassment, and violence.