Elephant in the room? Thailand local has unexpected dinner guest 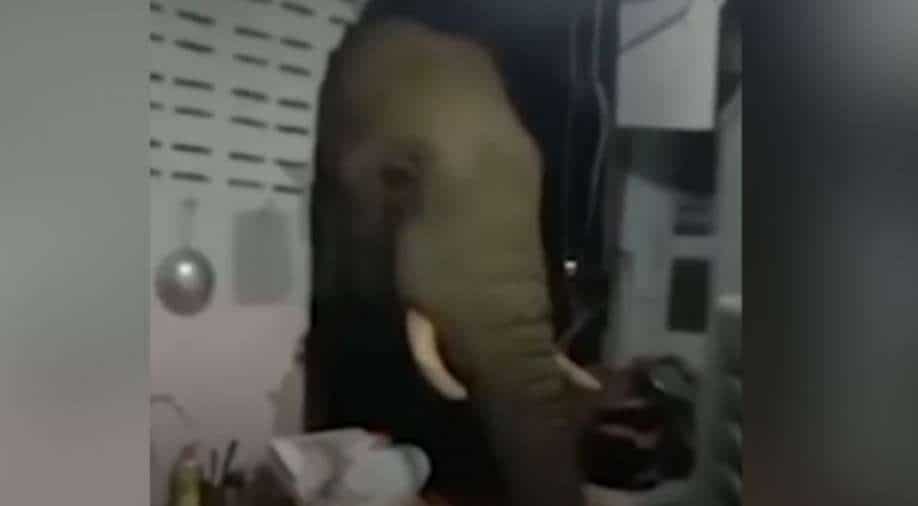 Spotting elephants in kitchens is becoming increasingly common in Thailand

A woman in Thailand was woken up to loud voices crashing and banging in the early hours of Saturday.

Ratchadawan Puengprasoppon recognised that the voices were coming from the kitchen. When she reached the kitchen, she saw an elephant poking its head through the kitchen wall, searching for food.

The elephant is named Boonchuay and lives in Thailand’s Kaeng Krachan national park. When Ratchadawan Puengprasoppon entered the kitchen, she saw the elephant’s trunk knocking out drawers, cooking pans and other things.

Spotting elephants in kitchens is becoming increasingly common now in these areas as these large wild animals, apparently, like scouting kitchens on days of local markets.

"They come to visit quite often. They always come when there is the local market because they can smell food," said Itthipon Thaimonkol, the park’s superintendent.

This is not the first time Boonchuay has taken such a hike. He had, earlier too, paid a visit to Ratchadawan’s kitchen once and had caused damage up to £1,140 (50,000 baht).