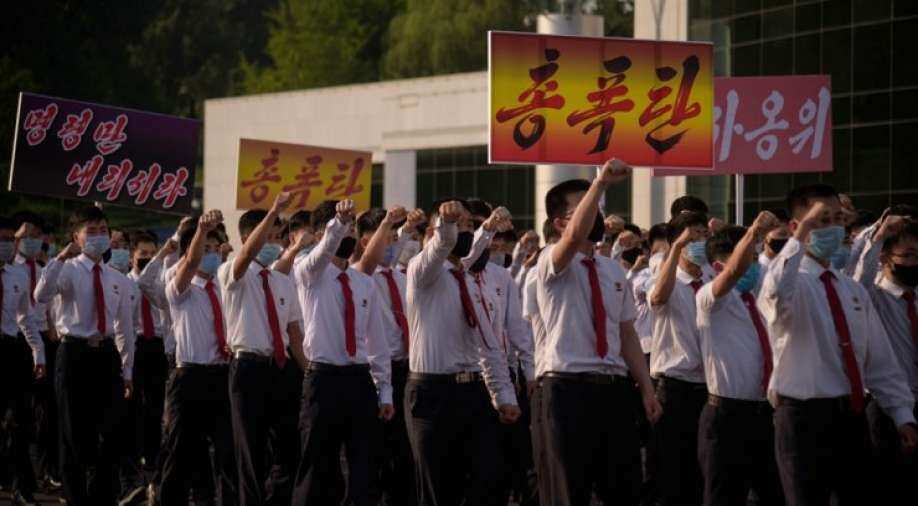 "The situation of human rights in the DPRK is appalling and gets worse by the day," the eight said in a joint declaration read by German ambassador Christoph Heusgen, referring to North Korea by the initials of its formal name.

"Individuals in the DPRK are stripped of nearly all their human rights, their freedoms of expression, peaceful assembly, association, movement, and religion or belief, among many others," the statement said.

"Media freedom is non-existent, neither is there any possibility of a political opposition to the regime's tight grip on its people," it added.

The joint declaration was particularly critical of North Korea's "long-standing system of political prison camps where hundreds of thousands of North Koreans, including children, have died as a consequence of torture, forced labor, summary executions, starvation, sexual and gender-based violence and other forms of inhumane treatment."

It added that "as we speak, 100,000 prisoners are being detained, suffering from the horrors of being maltreated and abused on a daily basis."

"The multiple and grave human rights violations women are subjected to by the hands of the State, in particular sexual and gender-based violence, are unimaginable. They must stop immediately," the eight states demanded.

They also called for the release of "abducted Japanese and South Korean citizens."

It concluded that "the dire, if not tragic situation of the North Korean population is due exclusively to the regime's cynical policies, putting nuclear weapons first and food for its people last."

Between 2014 and 2017, the UN Security Council held an annual public meeting on human rights violations in North Korea.

Since 2018, opposition by Russia, China and a small number of members of the council has prevented these public sessions.