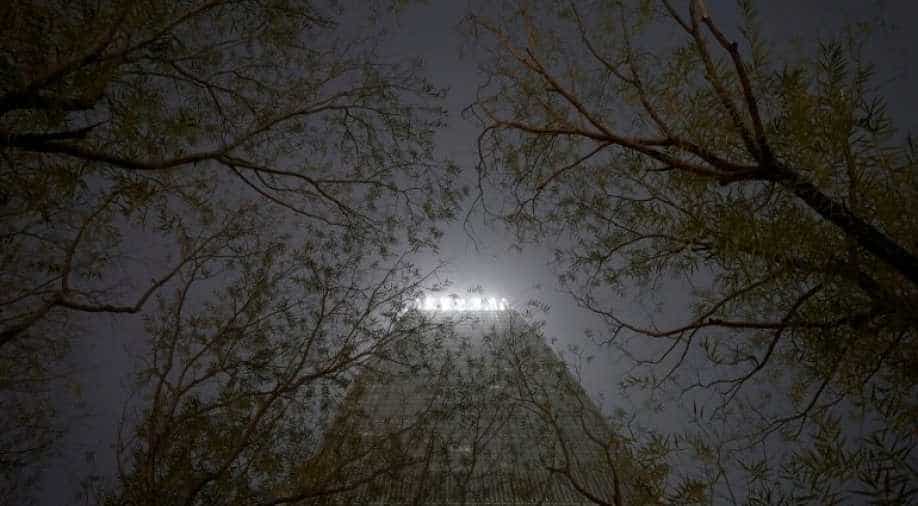 'It's like rowing a boat against the current,' Xu told a media briefing in Beijing.

China will maintain its environmental protection goals and will not ease off on trying to achieve them even as the economy slows, an environment ministry official said on Thursday.

The cabinet last year issued a guide for some important anti-pollution targets up to the end of 2020 and there will be no adjustments of them, said Xu Bijiu, director-general of the general office at the Ministry of Ecology and Environment.

"It's like rowing a boat against the current," Xu told a media briefing in Beijing.

"We have no other choice but to go forward."

China's gross domestic product (GDP) growth slowed to 6.0 per cent year-on-year in the third quarter, the weakest in at least 27-1/2 years amid a bruising trade war with the United States, and business owners in industrial areas like Henan province say they are being hit hard by the environmental crackdown.

"The environment and the economy are not opposites" but can move in the same direction, Xu said, pointing out that GDP had grown from 59 trillion yuan ($8.43 trillion) in 2013 to 90 trillion yuan in 2018, while air pollution had been reduced over that time.

There we still some places seeing fluctuating air quality this year, ministry spokesman Liu Youbin told the same briefing, with the amount of hazardous particulate matter of 2.5 microns or less, known as PM2.5, rising in areas such as Hunan in south-central China.

The ministry would maintain its pollution controls precisely and scientifically, implementing special audits in areas with obviously worsening air quality and strengthening assistance for non-key areas, he said.

Xu said the ministry would promote preferential environmental protection tax policies for private firms that face financing difficulties, adding that a national green development fund would be launched in 2020.

China is heading into the sixth year of its "war on pollution" to try to reverse damage from over three decades of untrammelled economic growth and allay public disquiet about the state of the country's air, soil, and water.