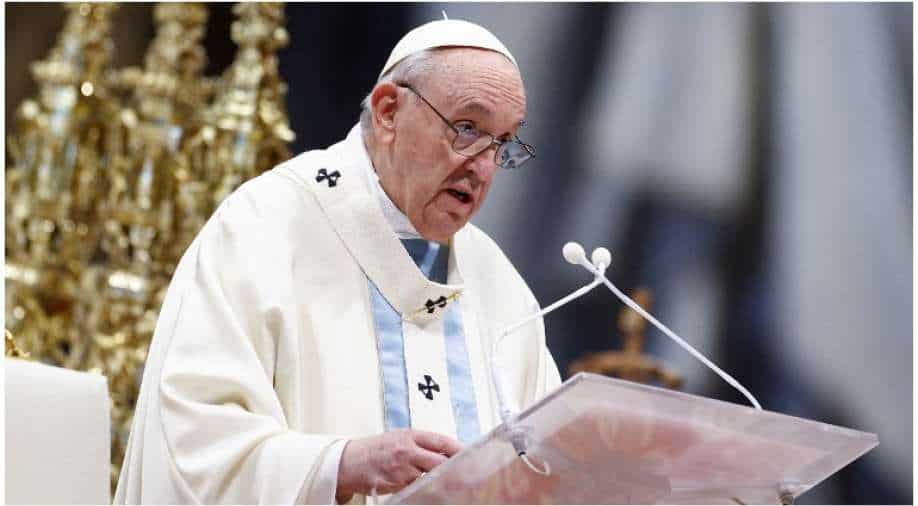 During the interview, he recounted how Italian fishermen came to him and told him they had found many tons of plastic in the Adriatic Sea

Pope Francis on Monday claimed that dumping plastic in waterways is "criminal" and it should end. "Throwing plastic into the sea is criminal. It kills biodiversity, it kills the earth, it kills everything," he said."

He further added, "Looking after creation is an education (process) in which we must engage," citing a song by Brazilian singer Roberto Carlos in which a boy asks his father why "the river no longer sings," to which the father responds, "we finished it off".

He made these remarks in an hour-long interview on state broadcaster RAI's Channel 3.

Francis has made defending the environment a highlight of his pontificate.

During the interview, he recounted how Italian fishermen came to him and told him they had found many tons of plastic in the Adriatic Sea.

Francis was also asked about the war, for which he said, "Think about it. If we were to stop making weapons for one year, we could feed and educate the whole world. We have become accustomed to wars. It's tough but it's the truth."

This comes a day after the Pope condemned female genital mutilation and trafficking for prostitution. His words came on United Nations International Day of Zero Tolerance for Female Genital Mutilation (FGM).

"This practice, which is unfortunately common in various parts of the world, humiliates the dignity of a woman and gravely attacks her physical integrity," Francis said

Francis, speaking to pilgrims and tourists in St. Peter's Square for his weekly blessing and address, noted that the practice was often carried out in conditions that endangered a girl's health.

In a related appeal, Francis called for more efforts to stop human trafficking, particularly of women and girls for prostitution.