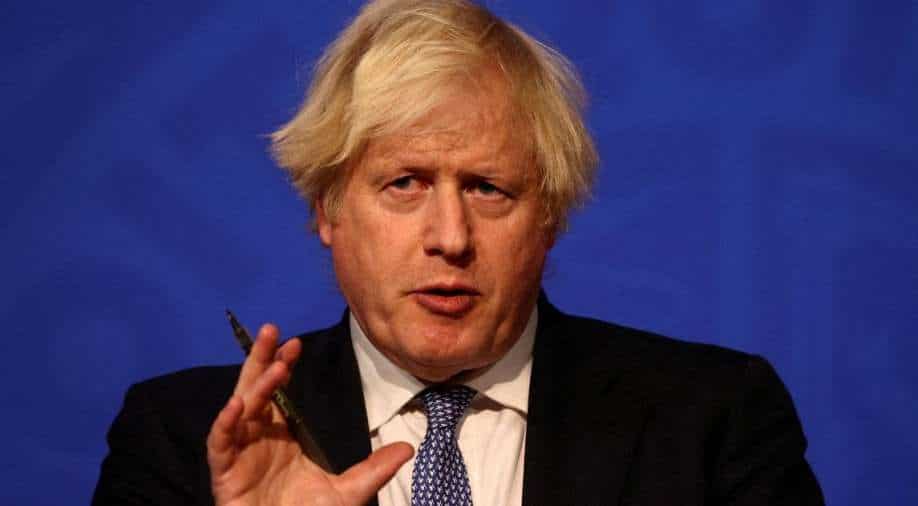 This is a file photo of Boris Johnson. Photograph:( Reuters )

Downing Street denied the report, stating that staff gathered briefly after a meeting

Amid massive backlash over lockdown-breaching parties, the United Kingdom Prime Minister Boris Johnson is facing renewed criticism for having a birthday party in 2020, when such gatherings were banned in the country.

As per a report by ITV, Johnson's then-fiancée Carrie Symonds (now wife) had organised a surprise party for his 56th birthday, which was on June 19, 2020.

The report mentioned that up to 30 people were present at the party held at Downing Street.

As per the report, interior designer Lulu Lytle, who was apparently working on Johnson's flat was included in the party, which was believed to be held in the Cabinet Room of Downing Street.

The staff sang happy birthday during the party, which reportedly lasted for around half an hour. Carrie and Lulu allegedly presented Johnson with a cake.

In response, Downing Street denied the ITV report, stating that staff gathered briefly after a meeting and Johnson attended for less than 10 minutes.

No 10 denied the report as "totally untrue" a second allegation that the prime minister held a separate party that evening with family friends, saying he met a small number of family members outside.

As quoted by BBC, a No 10 spokesperson said: "This is totally untrue. In line with the rules at the time the prime minister hosted a small number of family members outside that evening."

In 2020, the UK had placed coronavirus (COVID-19) rules and restrictions as social gatherings were only permitted between 6 people outside.

The latest claim is made amid an ongoing investigation over lockdown parties at Downing Street attended by Boris Johnson and his staff members.