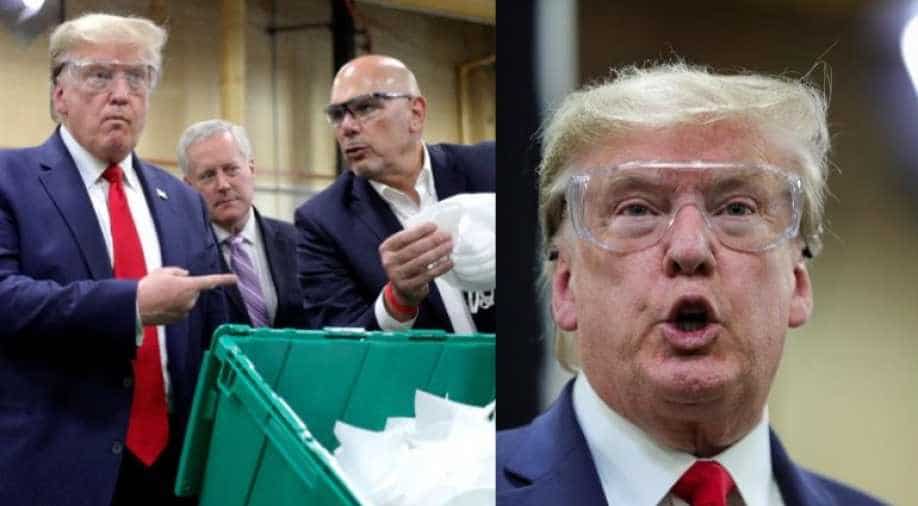 The absence of masks from protests and the official tours hints towards the underlying problem of racial discrimination and prejudices in Trump's administration.

American President Donald Trump has not been spotted wearing face mask even once during the past few months when coronavirus has taken over the world.

The issue was raised, and the President was trolled and criticized, majorly when he visited the Honeywell plant in Arizona few weeks back. Honeywell plant, which was earlier an aerospace plant in Phoenix, has started producing masks in recent months as the country faced a shortage of personal protective equipment (PPE).

Donald Trump, on his visit to examine the operation, was spotted without a mask in the mask-producing factory. Although, he claimed he wore a mask backstage. This raised the question of why does the American President not wear a mask.

Donald Trump is not alone in this. Not wearing a mask seems to be a subtle representation of Trump's administration. Vice President Mike Pence was criticized for not wearing a mask during his tour of the Mayo Clinic in April.

When the nationwide lockdown was initiated, a lot of Americans scrambled on the streets to protest against the lockdown, asking for their lives back. Majority of these protestors, who took over the roads and the beaches, were spotted without masks.

The absence of masks from these protests and the official tours hints towards the underlying problem of racial discrimination and prejudices. Wearing a mask was earlier, especially in the US, associated with Asian communities. Asian Americans have faced various racial attacks and slurs for wearing a mask.

Later, as the masks became important and compulsory, a lot of cities got complaints of police targeting Black minority groups for 'covering their faces', when they were wearing masks. These men, who were simply following the protocol of social distancing, were profiled as criminals.

Trump has not been known to bite his tongue when it comes to blaming China for spreading coronavirus in the world. In a recent press conference, when an Asian-American journalist asked Trump a question, he responded back saying "Don't ask me, ask China" and ended the press conference saying the said reporter asked a "nasty" question.

Trump storms out of coronavirus press conference after getting called out for a racist comment to an Asian American reporter. Kudos to CNN’s ⁦@kaitlancollins⁩ who let the reporter follow up with Trump over his racist question. pic.twitter.com/NQySU4P4NH

Another reason why Americans have refused to listen to the health experts, is the show of 'manliness'. It has been observed that a lot of Americans associate wearing masks to weakness. They feel it is a sign of being weak. They like to believe that coronavirus is not an issue and everything in the world is normal. Coronavirus, according to them, is simply a small virus which has been hyped by the media. In order to prove their manliness, Americans feel it is necessary that they do not show any sign of weakness, which would include succumbing to the guidelines of health experts.

It is not only men who feel this way. Women, too, have been spotted outdoors without masks. They, too, have joined the protests and feel wearing a mask is a sign of weakness, and that everything is normal.

The fact that the US is one of the worst-hit countries by the deadly coronavirus pandemic points at the problematic current trend of Americans not wearing masks. It is always said that the citizens follow their ruler. Sadly, in this case, Donald Trump, has not been able to set the right example.