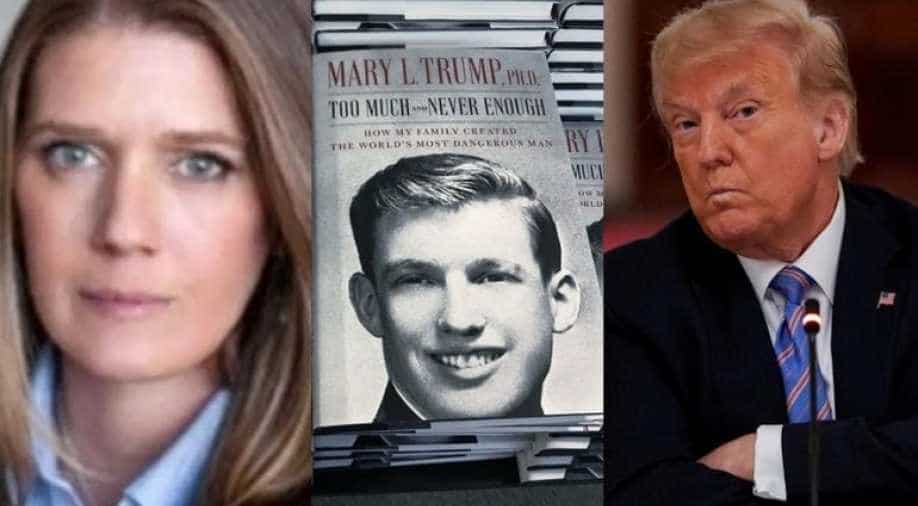 His niece, who rose to fame after she wrote a tell-all book on the Trump family, believes Donald Trump would never want to lose again

After almost a week of the US election result, as the world is congratulating the President-elect Joe Biden, a few political experts, strategists and officials are hinting towards the outgoing President Donald Trump re-running for the post after four years of Biden administration come to an end.

However, Trump's niece Mary Trump, claims that her uncle "will never put himself in a position where he can lose like this again."

It has been reported in various US media reports that Trump may start planning his return as the candidate for Republican party for US elections 2024, if Joe Biden is officially announced as the next President. The reports have been generated after the President refused to accept his defeat in the 2020 elections, alleging voter fraud and manipulation.

His niece, who rose to fame after she wrote a tell-all book on the Trump family, believes Donald Trump would never want to lose again in such a bad manner again as it would hurt his ego.

Talking about various reports and claims, she said these rumours were weird because that would mean Donald Trump concedes his defeat now, which the TV reality star has not agreed to yet. "I think that was floated initially as a way to appease him and his ego, but he will never put himself in a position where he can lose like this again," Mary Trump said.

She also raised the point of Trump not agreeing to be on the backbench for anyone, especially for Joe Biden. "It would mean that for four years he is playing essentially a supporting role, which will be very difficult for him to sustain," she explained.

Mary also pointed out the growing age of Donald Trump and raised the issue that in four years, Trump will be the same age as Joe Biden, whom he makes fun of by calling him "Sleepy Joe". Contradicting the claims of Trump's officials, she stated that Donald Trump will not be healthy enough to contest such an election after four years.

"Donald is a very unhealthy person — he has a terrible diet, he doesn't exercise, he has psychological disorders that continue to go untreated, so I don't even imagine that he'll even be able to run in four years," she said. "Plus the fact, of course, he may be looking at serious charges being brought against him."

Remembering the elders of the family, she explained how Donald Trump would be raging with anger right now for such a defeat. "In my family, at least certainly according to my grandfather, whose opinion was the only one that mattered, the worst thing you could be was a loser. Being a loser made you weak, being a loser made you unworthy, and as you said earlier, for the first time in his life, Donald is in a situation he cannot get out of," she stated.