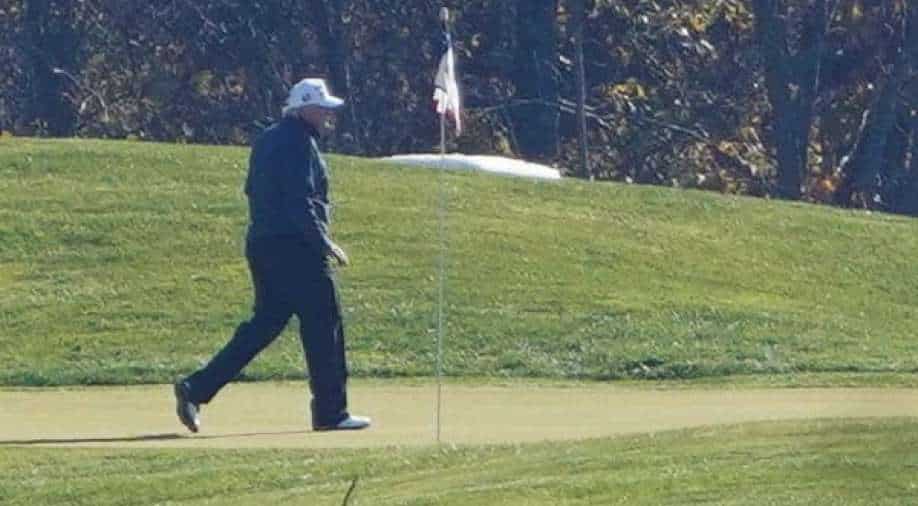 The government in Edinburgh has been urged to order a probe into the financing of Donald Trump's business interests in Scotland.

Scottish Green Party leader Patrick Harvie asked First Minister Nicola Sturgeon to use the Criminal Finances Act to investigate Trump's two golf courses in the country. He apparently said there was a "need to protect Scotland's good name from association with the toxic Trump brand".

Harvie also highlighted accusations the Trump Organisation repeatedly reporting different financial details in the United States to those in the UK about his Scottish golf courses.

"Now that Trump is due to lose immunity from prosecution in the US, he may finally be held to account there. Is it not the case that he is also held to account here?" he said, according to AFP.

"Unexplained wealth orders -- also called "McMafia laws" -- were introduced by the UK government in 2017 as a mechanism to fight money laundering. It gives law enforcement agencies the power to seize and, if necessary, sell suspicious assets, particularly property, whose owners cannot explain how they paid for them.

Harvie's party has opposed the development of Trump's Aberdeenshire course -- and proposals to build a second nearby -- on environmental grounds.

Trump bought the 1,400 acres (567 hectares) of land in Aberdeenshire in 2006, pledging to build "the world's best golf course" and to create 6,000 jobs. His mother was from the Isle of Lewis, off the west coast of Scotland. He bought the Turnberry golf resort in 2014 and also owns a course in Ireland.