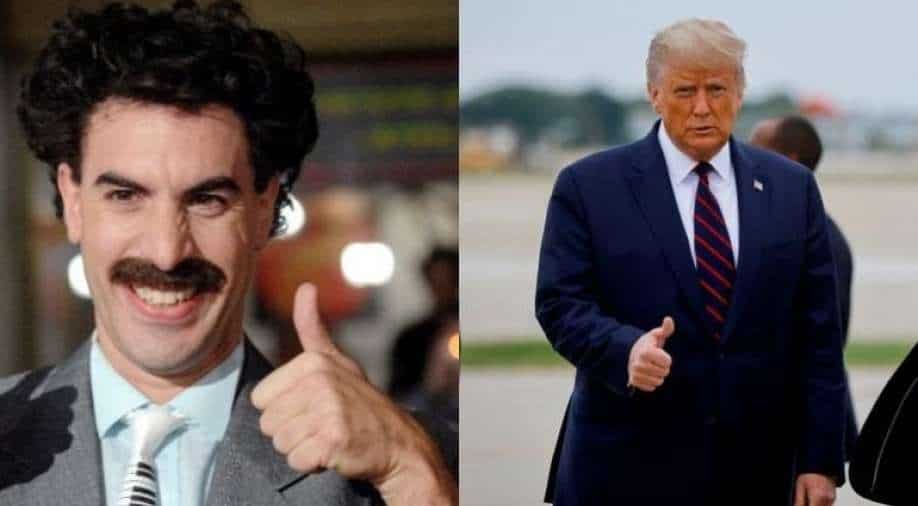 'That's a phony guy. And I don't find him funny,' the US President Donald Trump said about Borat actor-producer Sacha Baron Cohen

The US President Donald Trump has expressed his opinion about the controversial Borat Sagdiyev character, claiming he was never a fan of the actor-producer Sacha Baron Cohen.

Trump has often faced criticism for his style of leadership, and that is similar to the style portrayed by Sacha Baron Cohen. A few weeks before the US election, a clip from the British comedian's new movie put Trump's lawyer Rudy Giuliani in a tough spot in which he is on screen in a "faked" interview with a woman and can be seen indulging in flirting (and more).

Talking about the clip and Cohen, Trump said he always found Cohen to be a "creepy guy".

Recalling an incident from 15 years ago, Trump told few journalists aboard Air Force One that "years ago, you know, he tried to scam me. And I was the only one who said no way. That's a phony guy. And I don't find him funny."

Also read| Borat bounces back just ahead of US elections

However, the president did not provide any further details about his encounter with Cohen.

Cohen has also indirectly taken a hit at Trump by jokingly lashing out at the media and calling them  "fake news media" — a term used a lot by President Trump.

Giuliani, however, has declined these allegations claiming he was only "tucking in my shirt after taking off the recording equipment. At no time before, during, or after the interview was I ever inappropriate."