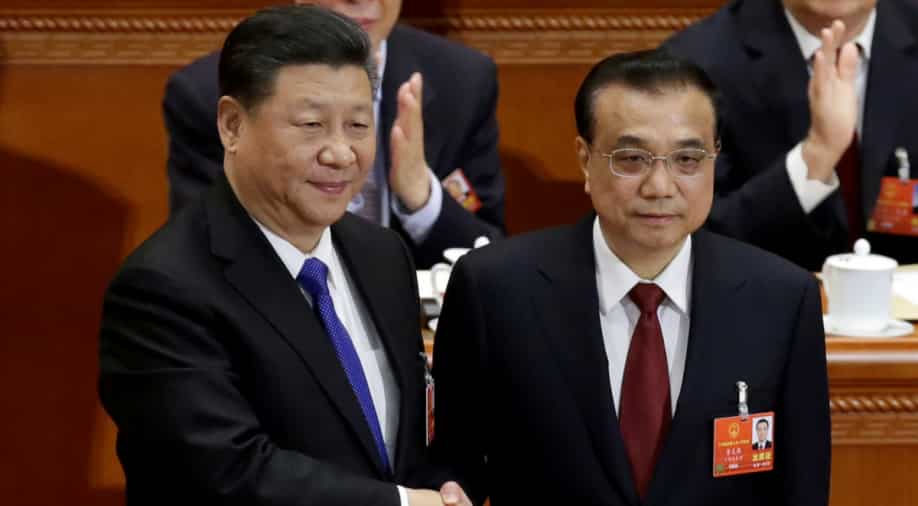 In this file photo, Chinese President Xi Jinping can be seen with the country's Premier Li Keqiang. Photograph:( Reuters )

While Keqiang has urged the authorities to bolster the Chinese economy and hit their pre-determined growth targets, Jinping continues to emphasise the need for officials to push for zero coronavirus cases

While Keqiang has urged the authorities to bolster the Chinese economy and hit their pre-determined growth targets, Jinping continues to emphasise the need for officials to push for zero coronavirus cases.

Bloomberg cited eight local government officials and financial bureaucrats familiar with the matter saying that the confusion on whom to listen to is causing chaos in a nation that implements the orders of the Chinese Communist Party without questioning its decisions.

Four senior officials told Bloomberg on the condition of anonymity that Li is trying to strengthen consensus on the urgency to revive the economy but authorities are divided as many believe that the COVID-19 outbreak should be their priority.

But Hequiang had told a press briefing later that “difficulties in some aspects, to a certain extent, are greater than when the epidemic hit us severely in 2020.”

According to Trey McArver, co-founder of research firm Trivium China, ''Li is being put in the impossible position of trying to rescue the economy without being able to adjust the one policy, zero-Covid, that is causing the most economic damage.''

The Communist Party is trying to avoid any missteps, particularly in handling Covid outbreaks before its leadership conclave later this year.

Political experts have predicted that the party will reshuffle top ranks if they fail to fulfill the expectations of Jinping who is expected to win a landmark third term.