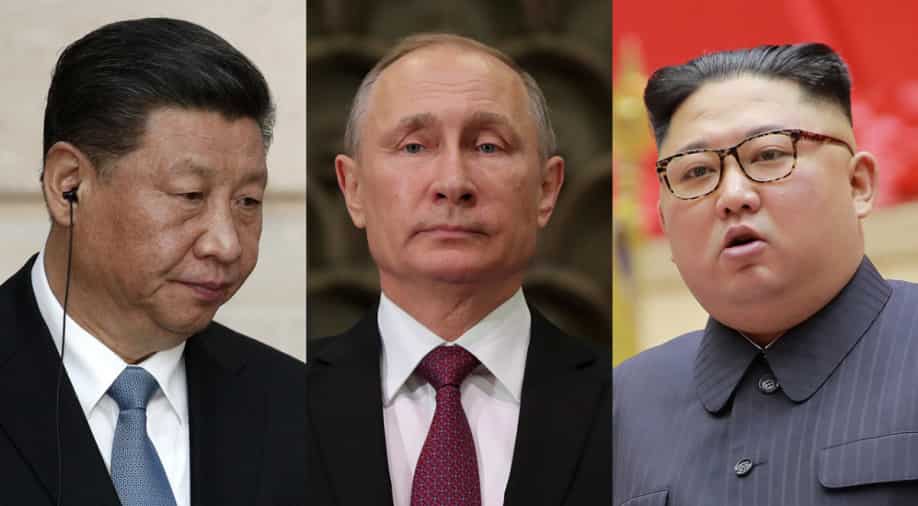 After US President Joe Biden departed from Seoul, North Korea had tested three missiles, including one thought to be its largest intercontinental ballistic missile (ICBM)

Laying bare divisions that Western envoys fear would be exploited by Pyongyang, Russia and China have utilised their veto power to halt a resolution by the United States to impose more sanctions on North Korea over its renewed ballistic missile launches. Ever since the United Nations Security Council started punishing Pyongyang in 2006, this is the first time the council has been publicly split.

After US President Joe Biden departed from Seoul, North Korea had tested three missiles, including one thought to be its largest intercontinental ballistic missile (ICBM).

As a result, Washington had introduced a bid to toughen sanctions on North Korea by blacklisting the Lazarus hacking group, and banning tobacco and oil exports to North Korea, as Pyongyang's leader Kim Jong Un is a chain smoker.

Despite getting the support of 13 council members, the resolution faced an unflinching opposition from Beijing and Moscow.

Describing the vote as a "disappointing day" for the council, US Ambassador to the UN Linda Thomas-Greenfield said, "The world faces a clear and present danger from the DPRK (North Korea). Council restraint and silence has not eliminated or even reduced the threat. If anything, DPRK has been emboldened."

Defending Russia's decision, its UN Ambassador Vassily Nebenzia told the council, "The introduction of new sanctions against the DPRK (North Korea) is a path to a dead end."

"We have stressed the ineffectiveness and the inhumanity of further strengthening the sanctions pressure on Pyongyang."

According to China's UN Ambassador Zhang Jun, "The situation on the Peninsula has developed to what it is today thanks primarily to the flip flop US policies and failure to uphold the results of previous dialogues."

In a joint statement, the ambassadors of Russia and China said they would have preferred a non-binding statement rather than a fresh resolution with teeth against Pyongyang.

While Russia has started swaying towards North Korea after its relations deteriorated following Ukraine's invasion, China has been Pyongyang's closest ally for several decades.

The resolution, which had passed in 2017, had received support from China and Russia which were also exasperated by nuclear and ICBM launches by North Korea.