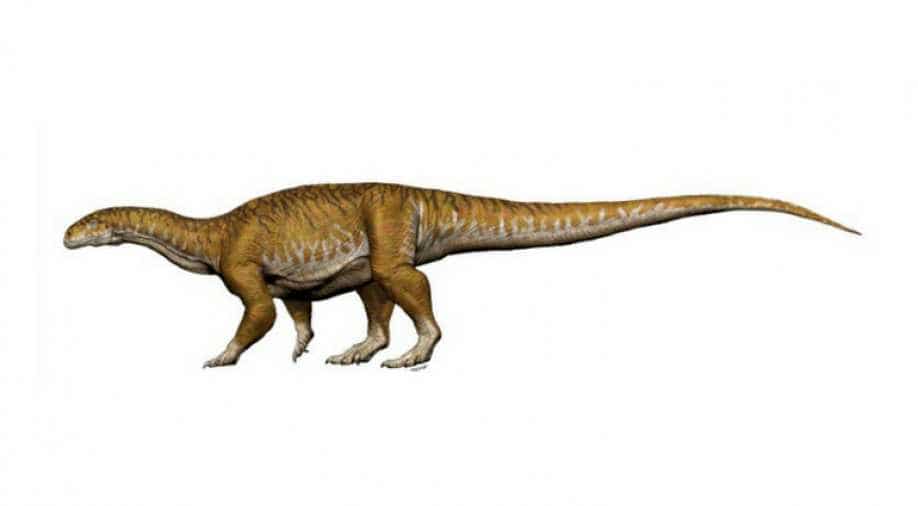 The study, led by the University of Bristol, the palaeontologists used advanced imaging and 3-D modelling techniques to digitally recreate the brain of the dinosaur

Using 3-D modelling to digitally develop the brain of Britain's earliest dinosaur, a study has discovered these creatures possible diet and ability to run fast.

The researchers found Thecodontosaurus, commonly known as Bristol dinosaur, may have eaten meat unlike its massive long-necked later relatives including Diplodocus and Brontosaurus, which only survived on plants, reports Phys.org.

The study, led by the University of Bristol, the palaeontologists used advanced imaging and 3-D modelling techniques to digitally recreate the brain of this dinosaur.

"Its position within the dinosaur family tree is very important because it could help us to understand the evolution of those giants, and how they became that big," Antonio Ballell, a PhD student at the University of Bristol, who led the study, was quoted as saying by The Guardian.

It was long debated how Thecodontosaurus walked and what they used to eat, and this study claims answers to these questions.

According to the study, Bristol dinosaur used to eat meat and walk on two legs much like its ancestors whose remains were found in South America.

Phys.org reports that the fossils of Bristol dinosaurs, that existed about 205 million years ago, were found in the 1800s, but it is only now that scientists have been able to extract information about them without destroying these fossils.