We’ve rarely seen a dinosaur brain like this before 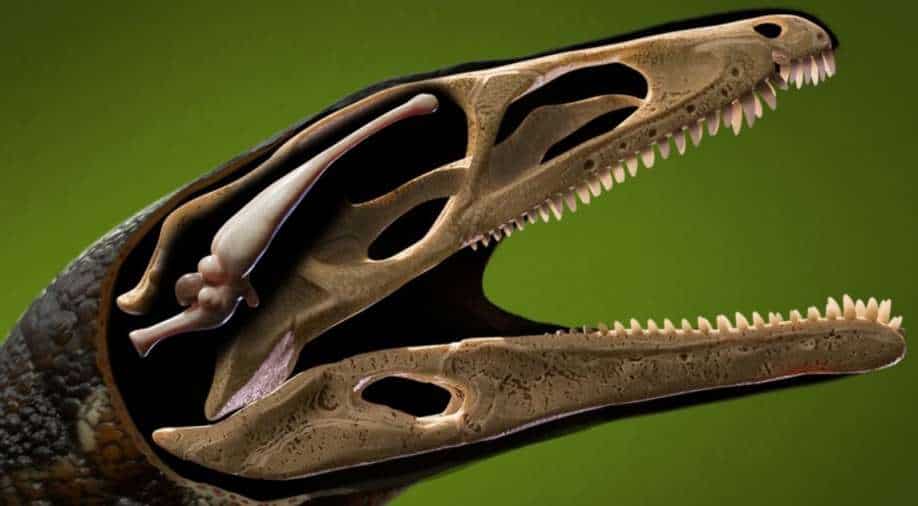 The brain was larger relative to its body size, and it had structures that were much more like those of predatory animals.

Some 230 million years ago, in the forests of what humans would eventually call Brazil, a small bipedal dinosaur zipped after its prey. It had a slender head, a long tail and sharp teeth, and it was about the size of a basset hound.

Buriolestes schultzi, as paleontologists have named the creature, is one of the earliest known relatives of more famous dinosaurs that emerged 100 million years later: the lumbering brachiosaurus, up to 80 feet long and weighing up to 80 metric tons, the likewise massive diplodocus, as well as other sauropod dinosaurs. By the time the Jurassic period rolled around and the time of Buriolestes had passed, these quadrupedal cousins had reached tremendous size. They also had tiny brains around the size of a tennis ball.

Buriolestes’ brain was markedly different, scientists who built a 3D reconstruction of the inside of its skull report in a paper published Tuesday in the Journal of Anatomy. The brain was larger relative to its body size, and it had structures that were much more like those of predatory animals. The findings suggest that the enormous herbivores of later eras, whose ancestors probably looked a lot like Buriolestes lost these features as they transitioned to their ponderous new lifestyle. It’s also a rare glimpse into dinosaurs’ neural anatomy at a very early moment in their evolution.

In 2009, Rodrigo Müller of the Universidade Federal de Santa Maria and colleagues discovered the first partial Buriolestes fossil in southern Brazil. In 2015, they uncovered another Buriolestes nearby — and this time, to their excitement, the dinosaur’s skull was nearly all there. They used computed tomography scanning to get a peek inside, drawing inferences about the brain from the contours of the cavity left behind.

They found that one portion of the cerebellum, the floccular lobe, was particularly large in Buriolestes<em>.</em>

“This structure is related with the capability to track prey with the eyes,” Müller said.

It’s tiny in the enormous brachiosauruses, diplodocuses and other sauropods that lived later, which suggests that the structure grew less important as they transitioned to eating only plants.

Buriolestes also had small olfactory bulbs, suggesting that smell wasn’t of crucial importance to the little hunter. In later sauropods, these bulbs grew in relative size, which might have helped them smell each other or detect predators.

Most striking, however, was the brain’s large size relative to the rest of the body, Müller said. In many lineages, relative brain size increases over time, he said — but not, apparently, in this case.

These details about Buriolestes’ brain are intriguing because it is such an early dinosaur, said Lawrence Witmer, a paleontologist and professor of anatomy at Ohio University who studies sauropods.

“It gives us a window into the earliest evolution of the brain and sensory systems of the largest animals ever to walk on land, the sauropod dinosaurs,” he said, noting that Buriolestes’ inner ear canal and floccular lobe suggest it used quick, coordinated movements of the head, neck and eyes.

“For the slow-moving sauropods, there was no premium on retaining such capabilities, and we now know that they must have lost these capabilities,” he said, “since ancestral species like Buriolestes had them.”

Our knowledge of early dinosaur brains is very slight, said Fabien Knoll, a paleontologist at the Dinopolis Foundation in Teruel, Spain. Buriolestes, which is one of the oldest known dinosaurs, and its contemporaries are mainly found in Brazil and Argentina. When fossil remains do turn up, the skulls may be crushed or missing, making this study a rarity.

It helps illuminate a shadowy but fascinating evolutionary story — the slow transformation of small, quick, two-legged hunters into immense, unhurried quadrupeds who ate only plants.

“The study of the brain of dinosaurs is booming as it is now easier than ever to reconstruct the brain morphology thanks to digital technology,” Knoll said. “However, information about the brain in early dinosaurs is hampered by a lack of quality fossils. So I’d say that it is important to keep digging in those sites in Brazil, Argentina and elsewhere that are likely to provide well-preserved very early dinosaurs.”