'Deeply concerning situation': Covid cases surge in the US and UK amid concerns of a new wave 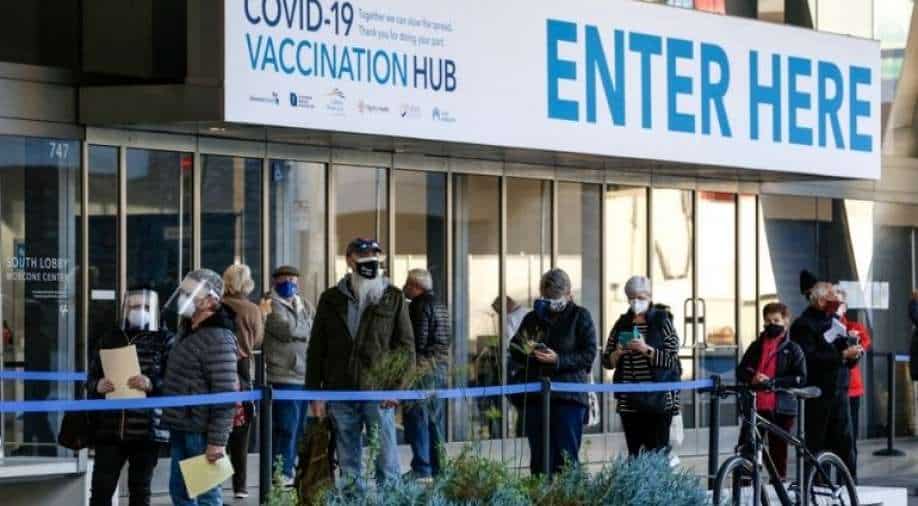 Covid cases surge in the US and UK amid concerns of a new wave Photograph:( AFP )

While the world was still struggling to fight the deadly Delta variant of Covid, a new variant, Omicron, emerged. It is now spreading rapidly all across the world, especially in the UK and the US.

The top health officials in the UK have been warned against the new variant by health experts. Sajid Javid, UK’s health secretary, has reportedly received a presentation from the UK Health and Security Agency (UKHSA) warning him about a possible incoming wave of Covid infections.

On Friday, the UK saw the highest number of Covid infections since January, a senior minister revealed. It reported 58,194 cases in total.

Describing the situation, Communities Secretary Michael Gove said that the country faces a "deeply concerning situation" as the Omicron variant spreads rapidly. "We know that we have the highest number of Covid infections across the UK recorded today since January 9."

He further added that 30 per cent of reported cases in London are now the Omicron variant.

The UK government has been warned by experts that even if the Omicron variant is less serious than the Delta variant, the number of hospitalisations could reach 5,000 patients per day.

UKHSA experts have warned the government that the daily infections could rise to 248,000 cases per day by December 19.

Not just the UK, but the US is also struggling in its fights with Covid.

Most of the 43 Covid cases caused by the Omicron variant in the region have been detected in people who were fully vaccinated. Also, a third of them had received a booster dose.

As per reports by the US Centers for Disease Control and Prevention (CDC), 34 people had been fully vaccinated. Also, 14 of them had received a booster.

In the US, Omicron variant has been detected in 25 states so far. The CDC has said that most of the first reported Omicron cases appear to be mild.

Earlier, top US epidemiologist Anthony Fauci said that there were early indications that the Omicron variant was not more severe than strains encountered before. However, he cautioned that it would take weeks to fully understand the full severity of the Omicron variant.

While the newly emerged Omicron variant is taking over the US, the Delta variant still accounts for more than 99 per cent of all US cases.