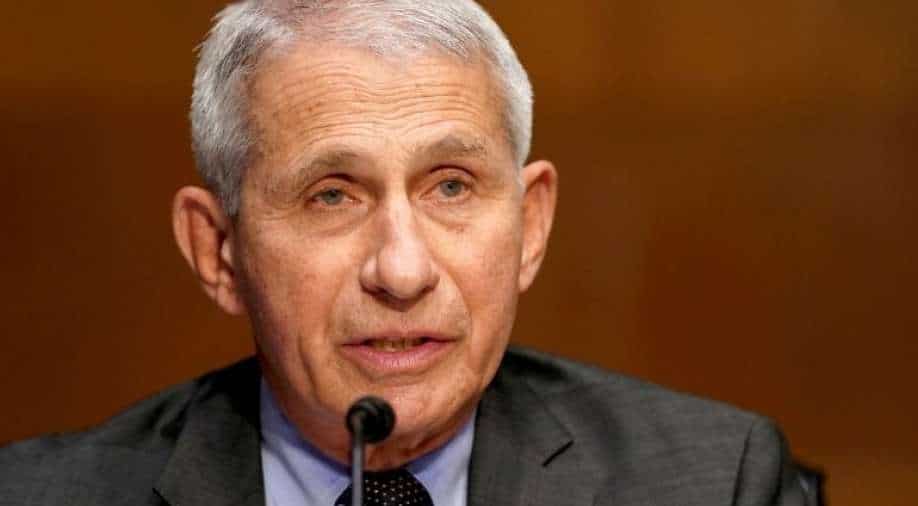 Dr Fauci has however, said that few weeks were needed to understand the full severity of the disease caused by Omicron variant

Top US epidemiologist Anthony Fauci said on Tuesday that there were early indications that Covid-19 Omicron variant was not more severe than strains encountered before. However, he cautioned that it would take weeks to fully understand full severity of the Omicron variant.

Speaking to AFP, President Joe Biden's chief medical advisor broke down the knowns and unknowns about Omicron into three major areas: transmissibility, how well it evades immunity from prior infection and vaccines, and severity of illness.

Fauci said that Omicron was "clearly highly transmissible," very likely more so than Delta. He called Omicron to be currently the dominant strain in the world.

Accumulating epidemiological data from around the world also indicates re-infections are higher with Omicron.

Fauci, the long-time director of the National Institute of Allergies and Infectious Diseases (NIAID), said results from lab experiments that tested the potency of antibodies from current vaccines against Omicron should come in the "next few days to a week."

On the question of severity, "it almost certainly is not more severe than Delta," said Fauci.

"There is some suggestion that it might even be less severe, because when you look at some of the cohorts that are being followed in South Africa, the ratio between the number of infections and the number of hospitalizations seems to be less than with Delta."

But he noted it was important to not over-interpret this data because the populations being followed skewed young and were less likely to become hospitalized. Severe disease can also take weeks to develop.

"I think that's going to take another couple of weeks at least" to confirm in South Africa, where the variant was first reported in November, he said.

"Then as we get more infections throughout the rest of the world, it might take longer to see what's the level of severity."

Fauci said a more transmissible virus that doesn't cause more severe illness and doesn't lead to a surge of hospitalizations and deaths was the "best-case scenario."

"The worst-case scenario is that it is not only highly transmissible, but it also causes severe disease and then you have another wave of infections that are not necessarily blunted by the vaccine or by people's prior infections," he added.

"I don't think that worst-case scenario is going to come about, but you never know."