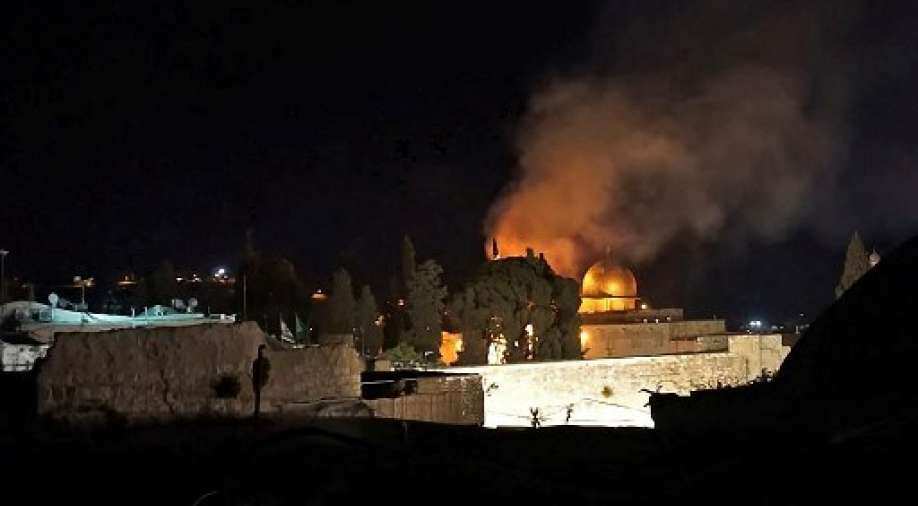 The Israeli Army claimed it has struck "130 military targets" belonging mostly to Hamas as armed groups unleashed a barrage of rockets towards Israel, including Jerusalem.

Amid the escalating clash between Israelis and the Palestinians in Jerusalem, Islamic Jihad, a key Palestinian group in Gaza said that two of its top commanders were killed during Israeli airstrikes on Monday.

At least 25 Palestinians have been killed and 125 reportedly injured in Gaza amid unrest at Jerusalem's Al-Aqsa Mosque compound.

Israeli army spokesman Jonathan Conricus said that 300 rockets have been fired by Palestinian militants towards Israel with most of them being intercepted by the country's Iron Dome missile defence system.

The Israeli Army claimed it has struck "130 military targets" belonging mostly to Hamas as armed groups unleashed a barrage of rockets towards Israel, including Jerusalem.

US Secretary of State Antony Blinken said "all sides need to de-escalate, reduce tensions, take practical steps to calm things down" while asserting that rocket attacks by Hamas "need to stop immediately".

The EU said the attacks must stop "immediately". "The firing of rockets from Gaza against civilian populations in Israel is totally unacceptable and feeds escalatory dynamics," EU foreign policy chief Josep Borrell said.

The United Nations rights office said it was "deeply concerned" over the violence, saying: "We condemn all violence and all incitement to violence and ethnic division and provocations."

"No force should be used against those exercising their rights peacefully," UN High Commissioner for Human Rights said.

The UN Security Council had held an urgent meeting on Monday but did not issue any statement.