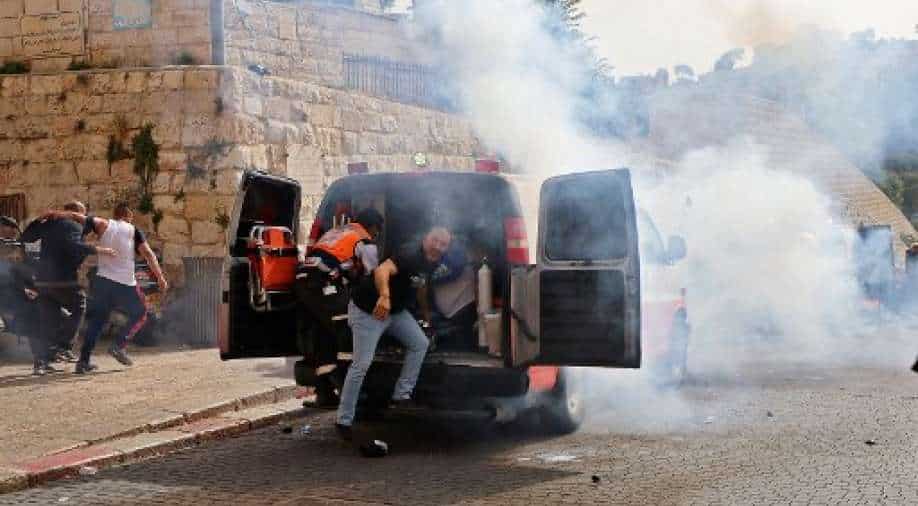 Hamas had earlier warned Israel to withdraw all its forces from the mosque compound and the east Jerusalem district of Sheikh Jarrah.

Israel's army said it launched airstrikes on Gaza after rockets were fired amid spiralling violence sparked by unrest at Jerusalem's Al-Aqsa mosque.

The Israeli army had said that seven rockets were fired into the country with two intercepted the Iron Dome anti-missile defence system and three landed on vacant land.

"We have started, and I repeat started, to attack military targets in Gaza," the Israeli Army said.

Meanwhile, reports said a huge blast was heard inside the Al-Aqsa mosque compound even as Israeli forces had targeted "a Hamas military operative" asserting that it had killed a senior Hamas commander.

Hamas had earlier warned Israel to withdraw all its forces from the mosque compound and the east Jerusalem district of Sheikh Jarrah.

Amid the escalation in violence, police had evacuated hundreds of Jewish worshippers from Jerusalem's Western Wall.

"An alarm has just been sounded in Jerusalem. Police forces have begun evacuating hundreds of people" gathered at the Wailing Wall to safer locations, police said.

Organisers also cancelled the march through the Old City amid the clashes between Israeli's and Palestinians after police forced marchers to change their route and avoid entering the Old City through the Damascus Gate.

Hamas had warned Israel that it would face escalation unless it withdraws its forces from the Al-Aqsa mosque.

"The leadership of the resistance gives the occupation until 6:00 pm (1500 GMT) to withdraw its soldiers... from the blessed Al-Aqsa mosque and Sheikh Jarrah," Hamas spokesman said.

"You have been warned," it added even as hundreds of people were wounded in clashes between Palestinians and Israeli police.

The Red Crescent said at least 50 people were hospitalized with hundreds injured due to the clashes.