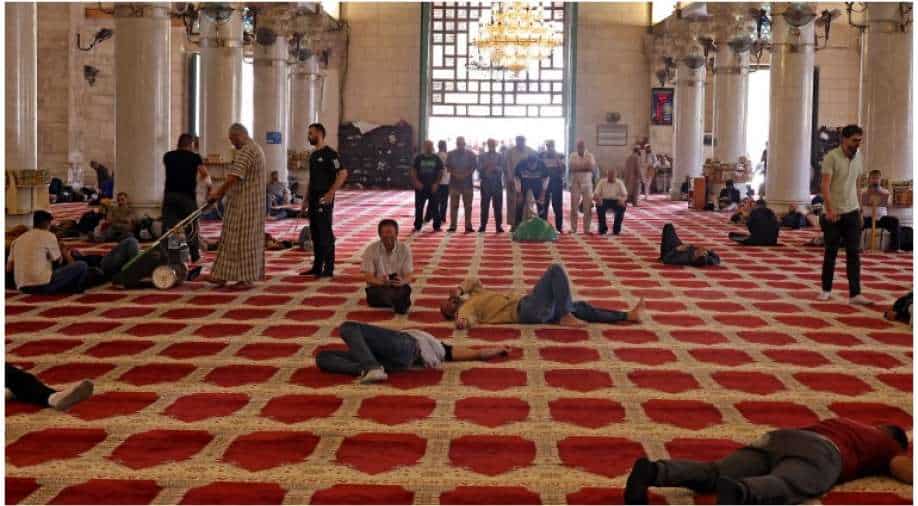 Palestinian worshippers rest at Jerusalem's Al-Aqsa mosque during the last days of Muslim holy month of Ramadan on May 10, 2021 Photograph:( AFP )

Palestinian Red Crescent Society said that more than 275 Palestinians were injured in violence. It added that 205 of them were taken to hospitals

Social media videos posted online on Monday showed people taking refuge inside Jerusalem's Al-Aqsa mosque while violence flared outside the holy site. The men can be seen gathered on the red prayer carpets as the sound of explosions echoed outside and smoke was dispersing.

As Israel marked "Jerusalem Day", tensions were particularly high. Jerusalem Day is the annual celebration of the capture of East Jerusalem and the walled Old City. The Old City is home to Muslim, Christian and Jewish.

Al-Aqsa, Islam's third-holiest site, has been a focal point of violence in Jerusalem throughout the Muslim holy month of Ramadan. The clashes have raised international concern.