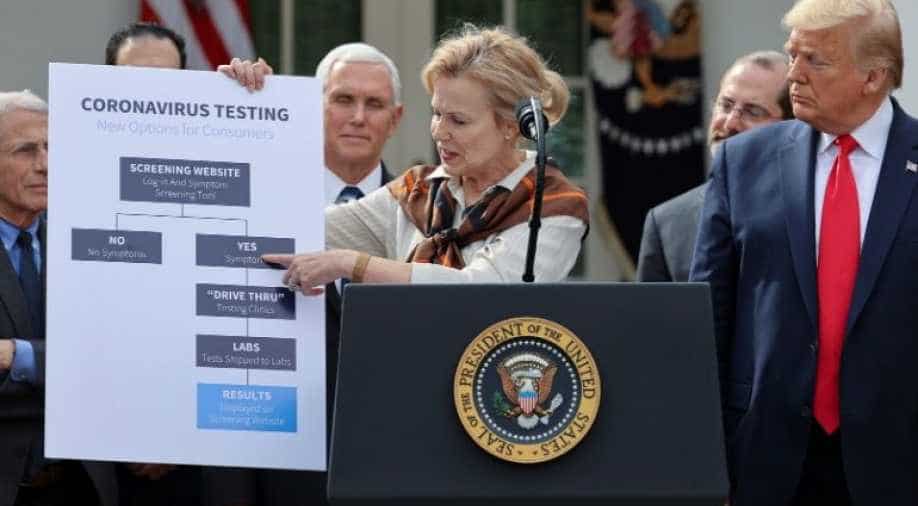 The number of deaths due to coronavirus in the United States jumped to hundred as President Donald Trump assured the people that they will win the fight against the coronavirus.

The number of infected cases has surged to 6,400 in the United States with the outbreak spreading to all 50 US states after West Virginia confirmed its first case Tuesday.

In Louisiana four deaths were reported with New Jersey recording three deaths. In Virginia, two people died due to the virus.

The virus which had a catastrophic effect on the stock market closed 5.2 per cent higher after the economic stimulus announced by President Trump.

Meanwhile, President Trump's comments about the coronavirus angered Chinese authorities after he termed it "Chinese" virus.

"We urge the US to correct its mistake and stop its groundless accusations against China,” he added.