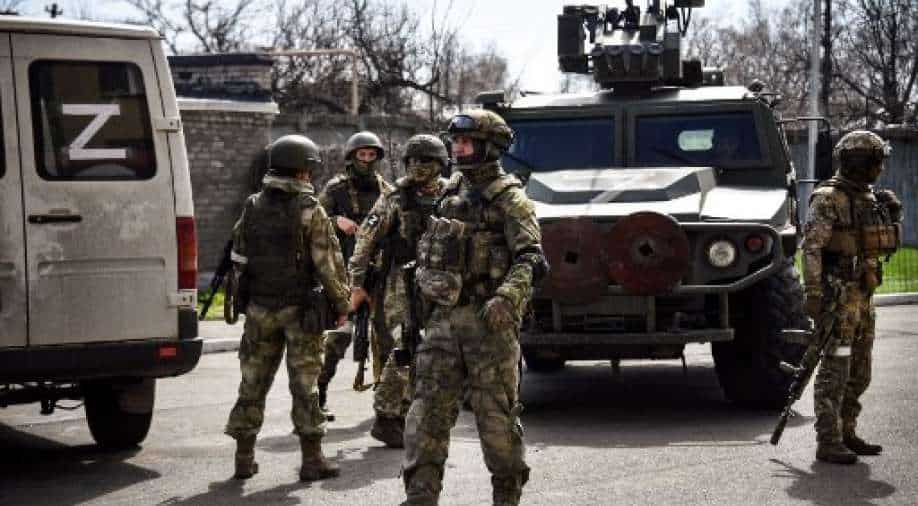 Pentagon said Russian forces were amassed in Donbas region but hadn't launched an offensive as yet amid indications of renewed fighting in the area.

Pentagon said Russian troops have been  "repositioning" and "refocusing" in Donbas located in eastern Ukraine with
Russian military convoy observed heading towards Izyum.

The convoy included personnel-carrying vehicles as well as armoured vehicles including artillery, it added. Ukraine has been fighting against Donbas separatists backed by Russia since 2014.

Ukraine's military said its ammunition is running out. The 36th marine brigade of the Ukrainian forces in a Facebook post said: "It is death for some of us, and captivity for the rest." The brigade informed that it has been encircled and surrounded by Russian forces.

Ukraine's President Volodymyr Zelensky while addressing South Korea's National Assembly said: "At least tens of thousands of Mariupol citizens must have been killed."

Russian forces had struck Kharkiv over the weekend with missile strikes as it destroyed Dnipro airport.

Amid the fighting, Austrian Chancellor Karl Nehammer visited President Putin outside Moscow and informed him of the "serious war crimes in Bucha and other locations" as he informed that the Russian president had "massively entered into a logic of war" with chances of diplomacy being low.